NFL failing miserably to sell Raiders vs. Packers in Canada 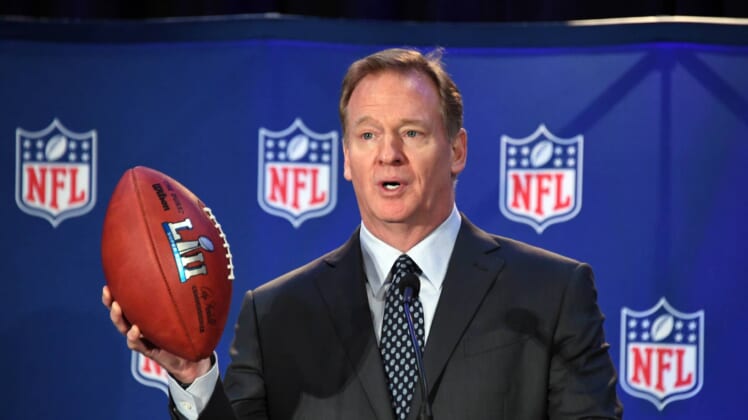 The NFL had a chance to give fans in Oakland one more chance to see their beloved Raiders with a preseason game in preseason Week 3. Instead, the league moved the Packers vs. Packers game to Winnipeg, Canada.

While the game is still more than two weeks away, it appears that decision is backfiring in a big way. According to Carter Brooks of Game On Magazine, the NFL kickoff for that game is “on pace to fill IG Field at 27 percent capacity,” meaning the Raiders and Packers are currently “set to play in front of just 8,944 fans.”

Perhaps part of the reason is that tickets for this game aren’t exactly cheap. Per Brooks, the cheapest single tickets, including parking and applicable fees, are going for $191.50.

The most stunning aspect of this is that both the Raiders and Packers have huge fan bases in America.

The NFL has made a strong push to expand its international market in recent years. Yet it seems Canada isn’t exactly pining for an NFL preseason game. The biggest loser here has to be Raiders fans in Northern California, who have just nine more chances to see their team play in Oakland before the move to Las Vegas.