NFL Draft: 5 Best 2nd-Round Picks of the Past Decade

Part six of a nine-part series ranking the five-best players from each round of the NFL draft over the past decade continues with the second round. Day 2 is a great spot to get really good value because, of the players available, there are bound to be a few who slipped through the cracks of the first round for one reason or another.

That is the case with at least two players on this list.

Round 2 is offense-heavy, but that is how the draft goes. Top defenders go in the first round, as do top offensive players—but there is almost always more talent on the offensive side than on the defensive side.

Earlier in the series, we saw a few great pass-rushers make the list. They weren’t drafted low because they lacked talent. On the contrary, they were some of the most talented defenders in their respective classes. But character or injury concerns caused them to drop to Day 3.

Who is the best player drafted in Round 2 of the past decade? As with Round 3, the answer is quite obvious. 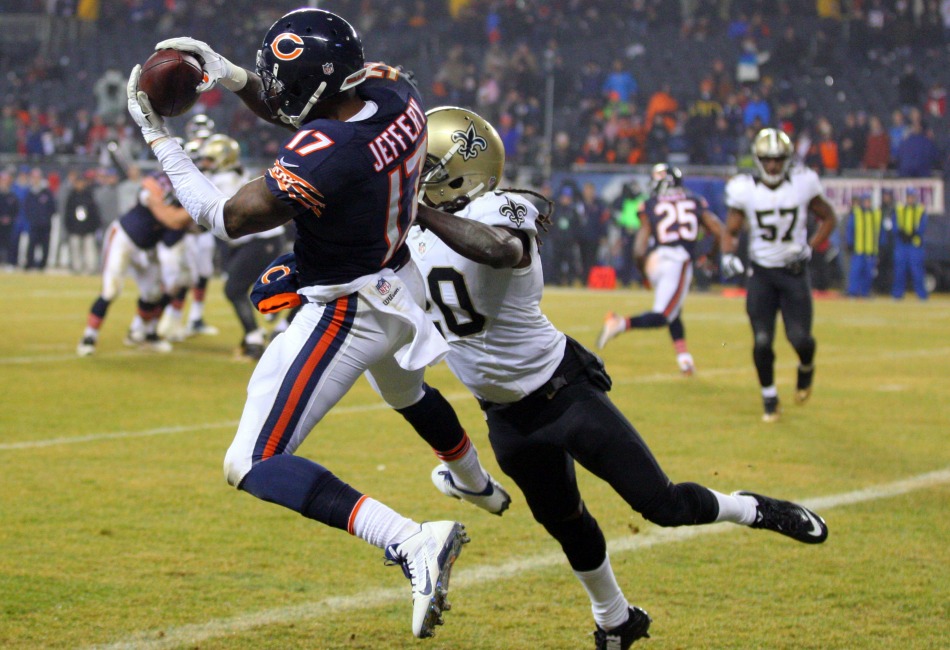 In three years, Jeffery has 198 receptions for 2,921 yards and 20 touchdowns. His performance to date made five-time Pro Bowler Brandon Marshall expendable this offseason. It was an easy decision for the Bears to ship Marshall off to the New York Jets for a fifth-round pick—that is peanuts compared to the production Gang Green will get out of him in 2015.

But that is how good Jeffery has been at the dawn his career.

Experts had him potentially going in the top half of the first round. That didn’t happen, and six receivers were drafted before Chicago came calling at No. 45. Justin Blackmon, Michael Floyd, Kendall Wright, A.J. Jenkins, Brian Quick and Stephen Hill all were supposed to be better than Jeffery, but that is not the case.

Jenkins, taken 30th overall by the San Francisco 49ers, has 17 receptions for 223 yards with no touchdowns in his career—he was cut by the Kansas City Chiefs this offseason. Jeffery’s best game to date nearly matched Jenkins’ career totals. Against the rival Minnesota Vikings in 2013, Jeffery hauled in 12 receptions for a Bears’ single-game record 249 yards and two touchdowns in a losing effort.

With Marshall out of the way, Jeffery should blossom even further in 2015 and beyond. 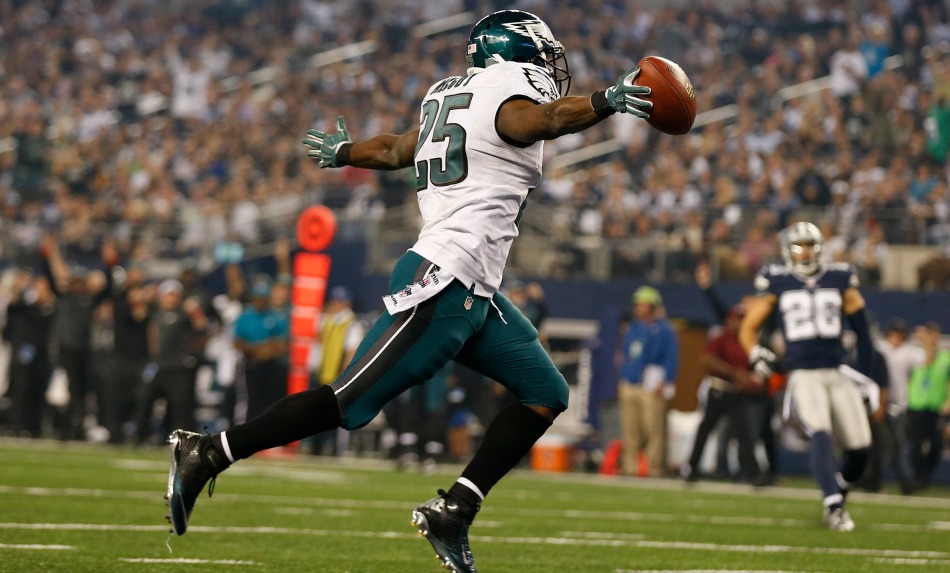 It took McCoy only six years to break the Eagles’ all-time rushing record. He did so on a four-yard carry in the third quarter of a Week 14 loss to the eventual NFC Champion Seattle Seahawks last season.

NFL teams have drafted 28 running backs in the second round over the past decade. A few of today’s prominent backs hail from Round 2. Other than McCoy, there is Le’Veon Bell, Jeremy Hill, Matt Forte and the recently retired Maurice Jones-Drew.

McCoy is now with the Buffalo Bills after being traded this offseason for inside linebacker Kiko Alonso.

Many thought the Eagles were certifiably insane for trading away one of the best offensive players in the NFL in the middle of his prime. But is McCoy in his prime?

Including the postseason, he averaged 301 total touches over his first six seasons. That is a lot. There is no guarantee he will remain healthy given all the wear and tear on his body.

Regardless of all that, McCoy has proved he is one of the best second-round picks in recent memory, and the Bills took the risk of adding him now while he still has a chance to produce at a high level. 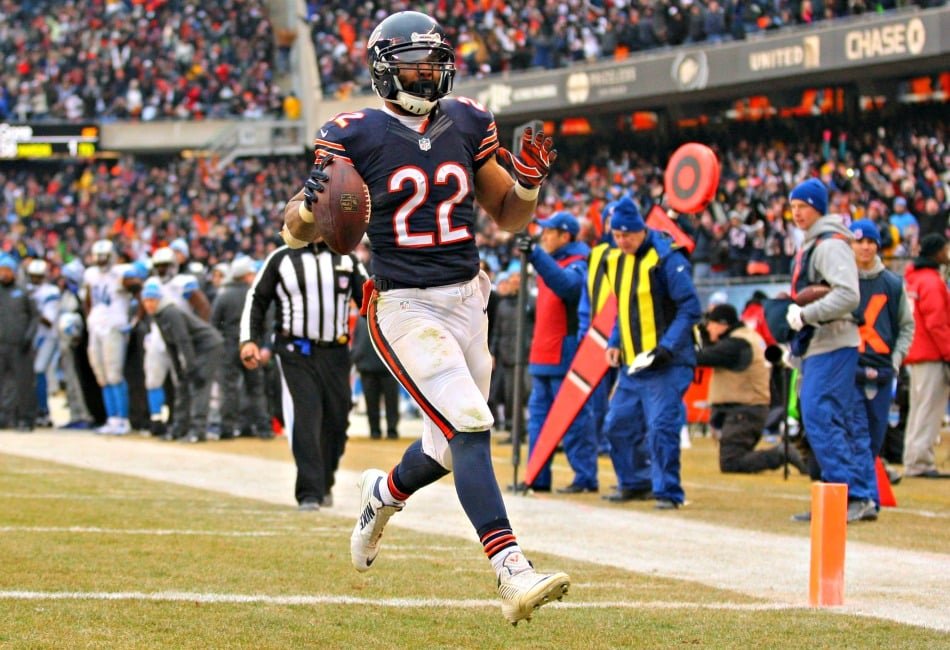 For as long as he has been around, it feels like Forte should be about 33 years old. The two-time Pro Bowl back won’t be 30 until December, and he already is the second-leading rusher in Bears history.

Fret not, fans of Sweetness—Forte has zero chance of touching Walter Payton’s record of 16,726 yards. At his current pace, the former Tulane star would have to play until 2022, the year he would turn 37 years old and would have nearly 3,900 career carries.

To put into perspective how rare it is for a back to rack up over 3,000 carries, consider that only six of the 54 running backs currently in the Hall of Fame surpassed that threshold.

Forte is a threat in the passing game as well, having broken the NFL single-season running back record with 102 receptions last season. Despite that outburst, he still averaged 57 receptions per season before 2014.

With Chicago down to one star receiver, Forte’s role could increase in 2015 unless another receiver steps up. He led all running backs with 509 routes in the passing game a year ago—the most any back has recorded in Pro Football Focus’ databank (subscription required), which currently dates back to 2007.

He could surpass that this season. 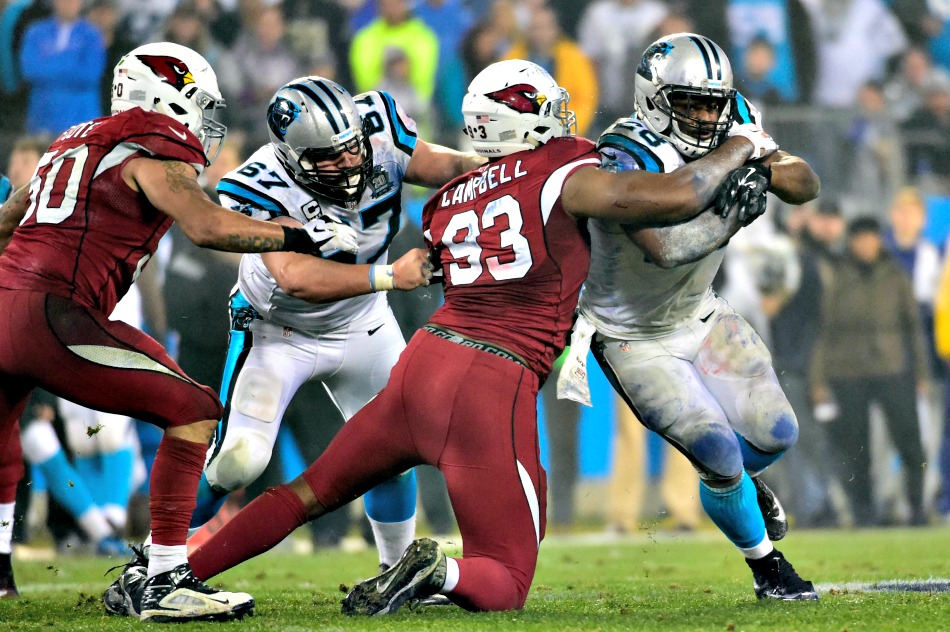 After six years of under-the-radar domination along Arizona’s defensive line, Campbell in 2014 was honored with his first career Pro Bowl vote after a wonderful display of run defense and pass-rushing prowess.

He notched only seven sacks, but he finished sixth among 3-4 defensive ends in total pressures, with 44 according to PFF. He also ranked as the top run-stopping DE, making a stop in the run game on an impressive 12.0 percent of run snaps.

Campbell missed two games last year thanks to a chop block from then-Denver Broncos tight end Julius Thomas that Cardinals coach Bruce Arians called “the dirtiest play” he’d ever seen. The sprained MCL he suffered was supposed to keep him out a month, but he played through the pain in Week 8 to lead the charge in halting McCoy and the Eagles.

McCoy totaled 83 yards on the ground, but he was limited most of the game by Campbell and company.

If not for J.J. Watt, Campbell may be considered the best 3-4 defensive end in the NFL. As it is, being considered second-best to the second-coming of the Terminator is an honor. 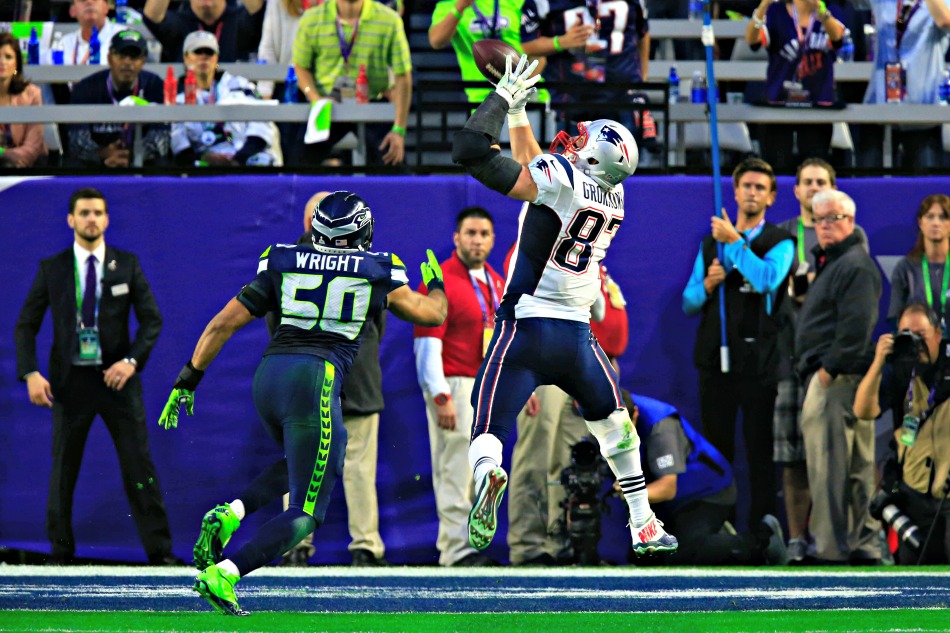 Again, there is no debate here: Gronkowski is the best second-round pick of the past decade. If not for a back injury while at the University of Arizona, he almost assuredly would have been a first-round pick.

In five seasons, Gronk has made a name for himself off the field as a party animal. But on the field, he is a complete game-wrecker. Teams cannot account for him at all times; he is a matchup nightmare whose long stride makes him deadly up the seam from inside the 30-yard line.

Since entering the league, he and Jimmy Graham are tied for the most touchdowns in the red zone, with 41. And from the 21- to 30-yard line, he is tied with Dez Bryant for the most scores, at 10.

Here are more incredible stats: Gronkowski, Graham and Bryant are three of seven players in NFL history with at least 50 receiving touchdowns in their first five NFL seasons. The others are Jerry Rice, Randy Moss, Lance Alworth and Andre Rison.

Even more incredible? Gronkowski, Graham and Bryant were all drafted in 2010. Talk about a talented draft class.

We’re talking all-time great status considering two of the other players on that short list—Rice and Alworth—are already in the Hall of Fame and the other two should be in at some point.

Gronk has missed 15 games in five years, nearly a full season. Had he not missed any games, at his pace, he would have tied Jerry Rice’s NFL record for the most receiving touchdowns over the first five years of a career, with 66.

At this point, Gronkowski can do anything short of breaking the law off the field and no one will care because of how good he is on Sundays. He is unstoppable, and by the time he’s done playing, he could end up as the best tight end in NFL history.