NFL training camp kicks off in a few weeks and with players set to report, the league is in much better standing than it was a year ago during the COVID-19 pandemic.

When teams arrived for training camp in 2020, strict safety protocols were in place. As the New Orleans Saints and Las Vegas Raiders learned, violating the NFL’s social-distancing guidelines came at a significant cost.

Hoping to avoid suspended games and draft-pick penalties this fall, it seems NFL teams and players are heading towards a crucial mark that will make the 2021 season smoother for everyone. 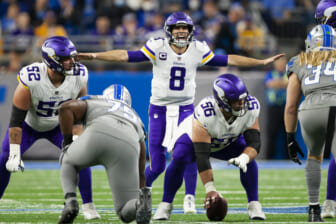 The NFL announced Friday that 13 teams reached the 85 percent vaccination threshold for player vaccinations, meaning they will benefit from reduced safety protocols this fall.

It will be a competitive advantage for clubs, especially with training camp about to begin. Vaccinated players will no longer be tested daily for COVID-19 and teams under the vaccination threshold will have limits on team gathers and in-person meetings.

The increased rates are the result of league officials and teams increasing their efforts to educate personnel on the vaccine and promoting the benefits that will come during the season. As noted by the NFL, the number of teams above the 85 percent mark has nearly doubled since Monday.

We could see the number climb even higher by August. According to the NFL, 73.8 percent of players received at least one COVID-19 vaccination shot. So, with weeks before the regular season begins, there is plenty of time for players to get vaccinated.

As the league has warned, there will be a downside for teams that don’t reach the mark. Two unidentified teams are below a 50 percent vaccination rate, per NFL Network’s Tom Pelissero.

This could prove to be a storyline over the next month, especially when it comes to 53-man roster decisions. Buffalo Bills wide receiver Cole Beasley has spoken out against the NFL’s COVID policies and threatened retirement. One of the team’s most productive players in 2020, there are rumors he could be a cut candidate.