Top 10 value contracts in the NFL 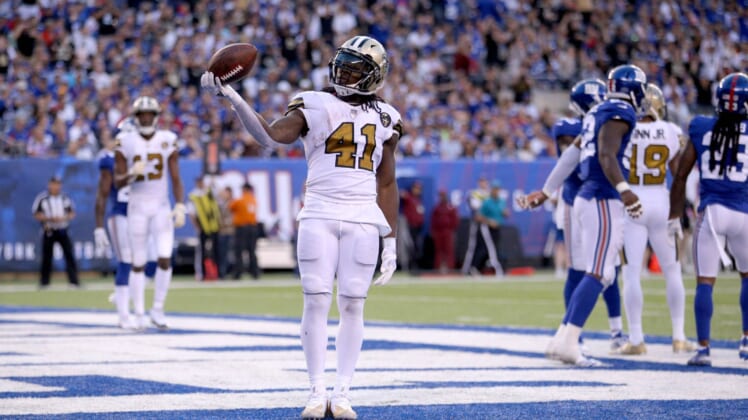 Russell Wilson is now the richest man in NFL history after signing a record-breaking contract. Big-money NFL contracts are exceptionally risky, though, and many teams live to regret shelling out a boatload of guaranteed cash.

Instead, much of the success teams have in this age come due to savvy cap management. This is often helped by featuring young quarterbacks who have yet to hit their first contract extension.

With that in mind, we’re looking at the best value contracts in the NFL right now. Not surprisingly, many players on this list are still playing out their rookie deals. Yet some of them are well-known veterans as well.

Note: Players who are set to sign new deals (like Dak Prescott, Yannick Ngakoue, and Michael Thomas) not included.

The Steelers have to be extremely happy with the development of Watt, who is still learning the nuances of playing outside linebacker. In his first two seasons as a pro, the former Wisconsin star tallied 20 sacks, including 13 last year.

At the age of 24, Watt could be waiting three more years for a contract extension if Pittsburgh opts into his fifth-year option. Assuming he continues to develop into one of the league’s best pass rushers, he’s a tremendous bargain right now.

It’s incredible that Brady is getting paid so much less than his peers around the league. Granted, he has other things going for him, such as a super-rich supermodel wife. Yet he ranks 18th among active quarterbacks in terms of average salary and only got $10 million guaranteed on his last two-year extension.

Heading into a lame-duck year, there’s no sign that the six-time Super Bowl champion will sign a new deal right now.

Leonard burst onto the NFL scene as a second-round rookie last year and put up a season we won’t soon forget. He led the league in tackles, and racked up seven sacks along with two interceptions and four forced fumbles. He won Defensive Rookie of the Year honors and was voted a First-team All-Pro.

Indianapolis has this incredibly talented man on the books for three more years at a bargain rate after drafting him in the second round last year.

What Kittle did last year for the 49ers, playing with backup quarterbacks, was nothing short of legendary. He’s the NFL record-holder for most receiving yards by a tight end in a single season and was a dangerous run blocker last year as well.

Blessed with game-breaking speed and prototypical style, Kittle should only continue to put up jaw-dropping stats in 2019 with a healthy Jimmy Garoppolo throwing him the ball.

Likely the least-recognizable player on this list, McLendon is an absolute steal this year for the Jets. He’s 33 years old and doesn’t get to the quarterback very often, which is why he didn’t land a lucrative contract in free agency. Yet the past couple of years this former undrafted rookie has been an absolute force inside for New York.

Easily a top-10 defensive tackle against the run, he’ll once again be a key contributor for Gang Green in 2019.

At the age of 22, Smith-Schuster is already one of the most dynamic receivers in the NFL thanks to plays like this. Last season, all he did was win team MVP after catching 111 passes for 1,426 yards and seven touchdowns.

Now the undisputed No. 1 receiver in Pittsburgh, Smith-Schuster still has two years left on his rookie deal. Barring an extension, he’ll earn just $2.48 million from now until the end of the 2020 season.

Since missing his first season as a pro due to a torn pectoral, Jackson has emerged as one of the league’s top cover men. His 2017 campaign was legendary as he logged a league-leading 34.9% catch rate, and just 15 catches overall. Last year saw him come back down to earth a bit, yet in 16 games he still only allowed 38 catches and broke up 13 that came his way.

Cincinnati can retain Jackson for a couple more seasons without extending him, assuming they take advantage of his fifth-year option next year.

One of the league’s best dual-threat running backs, Kamara has racked up 3,146 yards and 31 touchdowns from scrimmage since the start of the 2017 season. Given what Kamara has accomplished in his first two seasons as a professional, it’s incredible that the Saints were able to steal him in the third round.

Now that he’s taking on an even bigger role as the featured back in New Orleans, his value will continue to skyrocket.

Weddle is still one of the game’s most dangerous free safeties at the age of 34. He signed an extremely team-friendly contract with the Rams to join a championship contender. Adding him gives this already-dangerous defense a huge boost on the back end.

The past three years with Baltimore, Weddle never missed a start and hauled in 10 interceptions. In an offseason that saw safeties rake in record money, his bargain deal stands out as particularly noteworthy.

The Chiefs will some day make Mahomes the richest man in NFL history. For now, he’s bringing home peanuts compared to his peers around the league.