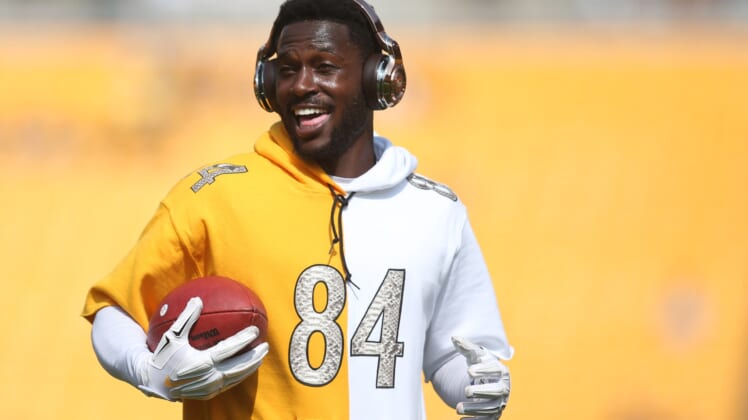 Antonio Brown was released by the Oakland Raiders after a rash of bizarre behavior this summer, and of course he was almost immediately signed by the New England Patriots.

Not long afterward, Brown confirmed it.

This was always going to happen, right?

The big question now is: Did Brown force his way out of Oakland so he could make it happen?

The NFL community had a lot of theories about that, along with plenty of other golden reactions to this blockbuster move.

Or, perhaps he ends up doing the same stuff he did in Pittsburgh and Oakland. It’s a toss-up, really.