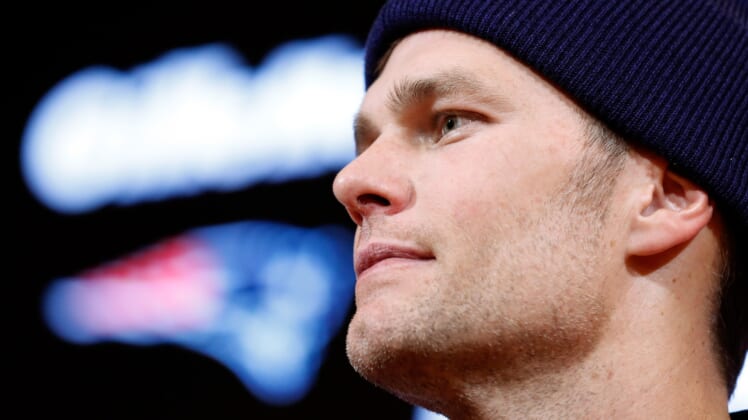 NFL teams were apparently up in arms after it was reported that new Tampa Bay Buccaneers quarterback Tom Brady met with offensive coordinator Byron Leftwich shortly after signing a contract with the team last month.

The story is by now well known. Brady accidentally entered the Florida home of Leftwich’s neighbor when attempting to meet with his new coach, leading to a hilarious mix-up. But once this became public record, teams grew upset. Brady met with his new offensive coordinator at a time when physical contact was banned during the offseason.

This has led some to believe that Brady and the Buccaneers should be penalized for breaking the rules.

It’s not happening. The NFL has determined that there was no violation of offseason work rules. “It was a brief personal visit and Tom picked up the playbook,” a league spokesman sand.”

That pretty much ends the latest Brady-related drama.

Remember, he was involved in the entire Deflategate scandal with the Patriots years back. It led to a multi-game suspension for the six-time Super Bowl champion.

Nothing of that ilk is going to happen this time around.