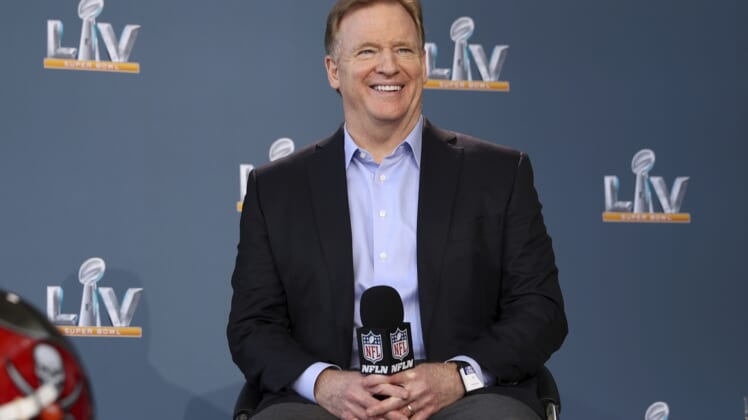 The NFL’s media revenue will balloon to more than $10 billion per season with a new rights agreement announced Thursday with broadcast partners CBS, Fox, ABC/ESPN, Amazon and NFL Network.

The new distribution agreement begins with the 2023 season and runs through the 2033 campaign.

The league, which took in $5.9 billion per year with its current contracts, will bring in $113 billion over those 11 seasons, according to The Associated Press.

“These new media deals will provide our fans even greater access to the games they love. We’re proud to grow our partnerships with the most innovative media companies in the market,” NFL Commissioner Roger Goodell said in a release. “Along with our recently completed labor agreement with the NFLPA, these distribution agreements bring an unprecedented era of stability to the league and will permit us to continue to grow and improve our game.”

Sunday afternoon games will continue to air on CBS (AFC package) and Fox (NFC), while Sunday night games will remain on NBC and Monday night contests will stay on ESPN, with some games also airing on ABC.

The most noticeable change for fans is that Amazon Prime Video will become the exclusive home of “Thursday Night Football” games, to be streamed across compatible digital devices. The games will also air on regular channels in the competing teams’ home markets.

The NFL Network will televise a select schedule of games.