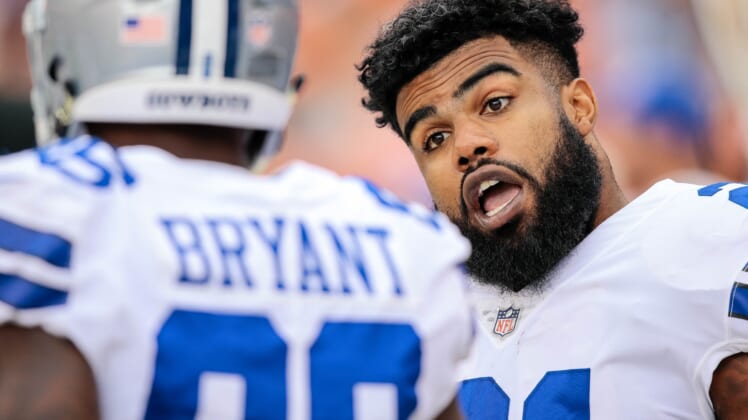 The NFL is definitely not backing down from a legal perspective when it comes to the entire Ezekiel Elliott suspension case. With oral arguments in the case set to be heard on Monday in Texas, the league has taken the next step and asked the 5th U.S. Circuit Court of Appeals in New Orleans to dismiss the entire case.

“The NFL is asking a federal appeals court to dismiss Ezekiel Elliott’s entire lawsuit in its bid to lift an injunction that blocked the star Dallas Cowboys running back’s six-game suspension over a domestic violence case in Ohio,” the Associated Press reported (h/t ESPN).

The court in Louisiana had asked for written arguments from both sides by Wednesday in determining whether U.S. District Judge Amos Mazzant’s of the United States District Court in the Eastern District of Texas had jurisdiction over the case.

This motion is unlikely to go too far in the courts. Jurisdictional issues aside, the Court of Appeals will likely side with the district court in Texas. That will set up a battle in the Fifth Circuit come next week.