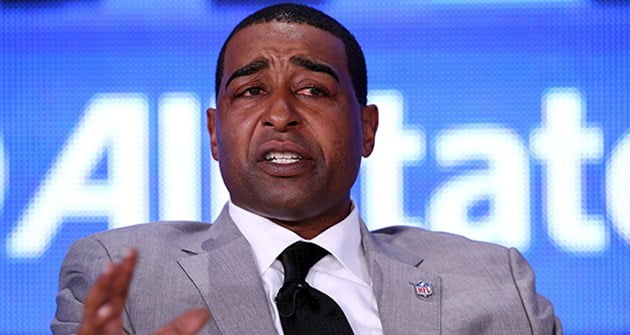 The NFL knew about Cris Carter’s “fall guy” comments all along, and the man covering the 2014 NFC Rookie Symposium has finally told his side of the story.

Robert Klemko of MMQB.com was that man, and he detailed his decision to go along with the league’s request that he not report on Carter’s comments in 2014.

“I only agree to these omissions when the subject matter is immaterial to what I gather is the larger point of the story, which, in the case of the symposium, I believed Carter’s comment was,” Klemko wrote today.

“When Carter said the words, “have a fall guy” in what was a light-hearted and animated session that at times made league employees in attendance cringe, the NFL’s Kim Fields looked my way and said, ‘that can’t go in the story.’ I was torn. I take pride in reporting every detail, even at the risk of damaging relationships.”

Kelko noted that he has done so in the past but that in this instance he “didn’t see it as emblematic of the symposium.”

He wrote that he chose to cover 95 percent of the story rather than have no story told at all, but finished by saying he needs “to get tougher” when faced with similar circumstances in the future.

What this really brings to light is that the NFL has been covering up the entire thing all along, which only throws jet fuel on an already bright pyre of cover-ups over the years.

The league did issue a statement retroactively, saying that Carter has been engaged following the comment:

The right way to handle the situation would have been to let Klemko run the story in full and deal with the problem head-on at the time, rather than having it come out over a year later.