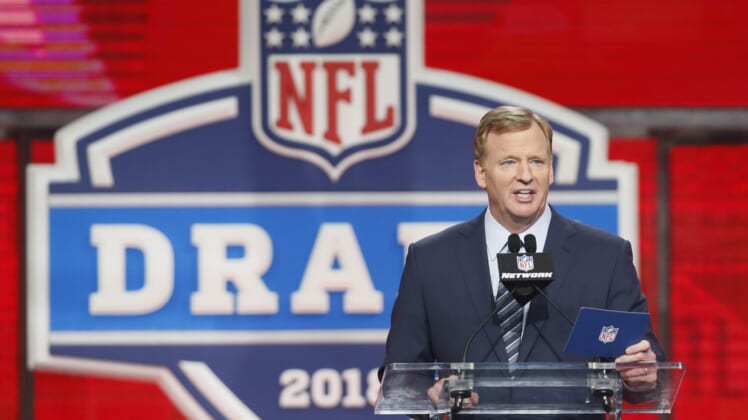 The NFL awarded 39 compensatory draft picks Tuesday for next month’s draft, finalizing the complete order of the annual selection meeting.

The defending Super Bowl champion Los Angeles Rams and the San Francisco 49ers received five extra picks apiece, the most of any team. Sixteen teams earned at least one pick.

The NFL maintains a confidential formula to decide how to dole out the compensatory picks, but it’s understood that teams who lose certain unrestricted free agents to another team receive a compensatory pick the following year.

Additional picks are awarded to teams who have a minority coach or executive hired by a different club for the same role or a higher-ranking one.

The first compensatory pick belongs to the Detroit Lions at No. 97 overall during the third round. The 49ers will make the 262nd and final pick of the draft, with the player chosen earning the title of “Mr. Irrelevant.”