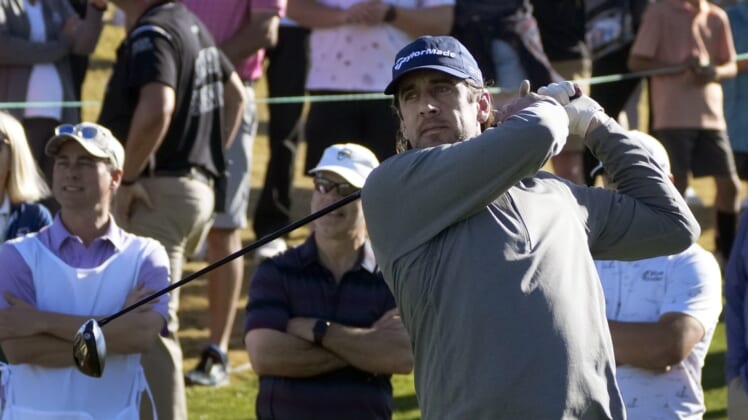 The latest edition of the Turner Sports golf exhibition series known as “The Match” will pit two of the best quarterbacks of all time against two of the NFL’s biggest young stars.

Tom Brady and Aaron Rodgers will team up to face Patrick Mahomes and Josh Allen on June 1 at Wynn Golf Club in Las Vegas.

It is the sixth edition of “The Match” and the first that won’t include any professional golfers. After the initial event pitted Tiger Woods against Phil Mickelson in November 2018, more recent installments had golfers team up with athletes from other sports including Peyton Manning, Stephen Curry and Charles Barkley.

The match will return to Wynn Golf Club after it hosted the most recent edition, when Brooks Koepka defeated Bryson DeChambeau 5 and 3 last November.

It’s the first appearances for Mahomes and Allen.

“2 old bulls, 2 young calves…” Allen tweeted when the announcement was made.