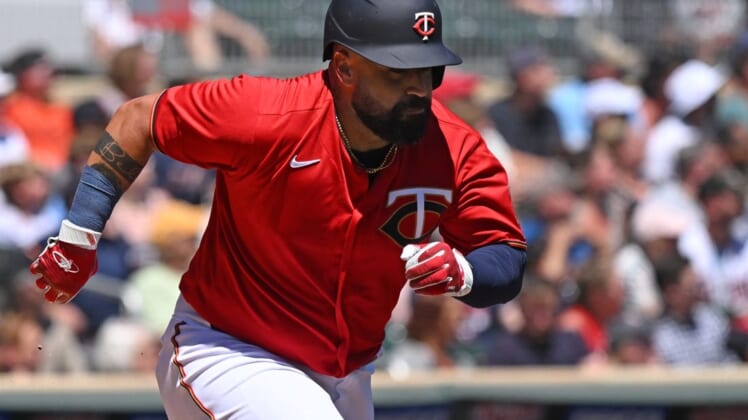 Sandy Leon drove in two runs and Jorge Lopez collected a save in their Minnesota debuts and the Twins defeated the Detroit Tigers 4-1 on Wednesday afternoon in Minneapolis.

Leon, who had two hits, was acquired from Cleveland on Tuesday. He didn’t drive in a run while appearing in eight games with the Guardians this season.

Lopez, acquired Tuesday from Baltimore to become Minnesota’s closer, retired all three batters he faced for his 20th save.

Joe Ryan (8-4) defeated the Tigers for the third time this season. He gave up one run and three hits in five hits while tying his season high with nine strikeouts.

The Twins took a two-run lead in the second inning. Jose Miranda led off with a single. After Gio Urshela lined out, Nick Gordon drew a walk. Alexander then set down Jake Cave on a fly ball but Leon ripped a 1-1 offering down the left field line for a double, bringing in both runners.

Detroit scored a run in the fifth as Ryan suffered a bout of wildness. He hit the first batter of the inning, Willi Castro, with a pitch. After getting two outs, Ryan hit Tucker Barnhart. Greene then blooped a single to center, allowing Castro to score.

Minnesota made it 3-1 in the sixth. Jose Cisnero walked Buxton on four pitches, then threw a wild pitch with Carlos Correa batting. Correa followed with a single to left, knocking in Buxton.

The Twins tacked on a run in the eighth against Derek Law. Buxton led off with a single and advanced to third on Jorge Polanco’s one-out single. Miranda walked to load the bases before Urshela hit a sacrifice fly to bring home Buxton.