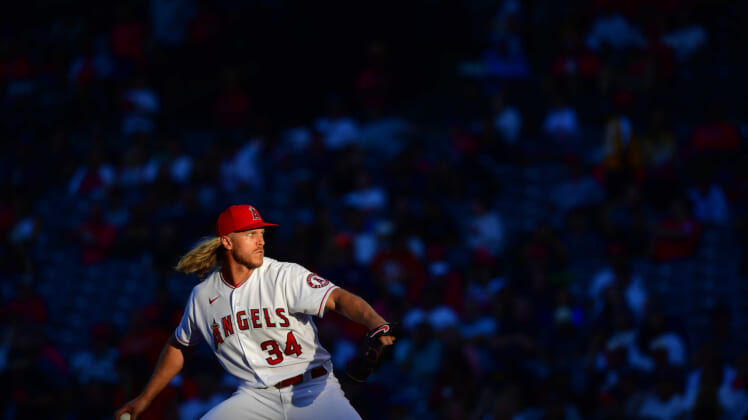 Following Luis Castillo’s trade to the Seattle Mariners, the New York Yankees have shifted their starting pitcher trade focus, and one player the team is reportedly interested in is a former All-Star for crosstown rivals the New York Mets.

For the last few weeks, the Yankees were viewed as one of the favorites to land Cincinnati Reds ace Luis Castillo. However, on Friday the Mariners played the role of darkhorse and jumped in and snagged the best pitcher on the trade market.

It has left New York in a position where it must now identify new targets to add to the rotation. Oakland A’s starter Frankie Montas has now moved into the top spot of the best available pitcher in many talent evaluators’ eyes. However, he is not the only option on the block.

The Yankees are reportedly interested in Montas and will surely call the A’s about a deal, but a new report claims they could call the Los Angeles Angels about a former Mets star currently on their roster.

On Friday, New York Post MLB insider Jon Heyman revealed that while the Yankees are in on the Montas sweepstakes, they also have an interest in Mets veteran Noah Syndergaard.

The report came hours before Castillo was shipped off to Seattle, meaning Syndergaard is the Yankees’ plan B if they can’t land Montas.

Syndergaard is a couple of seasons removed from undergoing Tommy John surgery, however, he has yet to recapture the electric stuff he once had in New York. In 2022, he has been inconsistent and the velocity on his pitches has slipped quite a bit. Nevertheless, he has big game experience in New York and that is hugely important since the Yankees will contend for a World Series title in October. 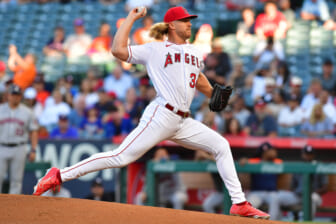 Syndergaard will be a free agent once again after this season.