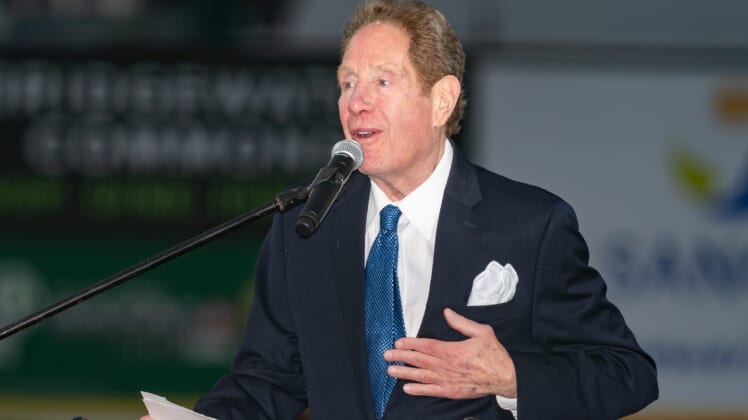 New York Yankees radio legend John Sterling continues to excel at being one of the greatest of all time at blowing home run calls and more consistently.

For 33 seasons, John Sterling has been the play-by-play voice for Yankees radio broadcasts. A couple of generations of pinstripe fans have grown up hearing his smooth voice call the action during a historic run for the franchise, as they won five World Series titles and became one of the biggest sports brands on Earth.

Sterling has made countless memorable calls over the last three decades and his classic, “Ballgame over! Yankees win, thhhhheeee Yankees win,” proclamation after big victories is a sound that brings bliss to the ears of Yankee disciples across the globe.

However, for as much as he is known for his trademark catchphrases and his old-school radio approach, over the last two decades, Sterling has grown his brand beyond just Yankee fans for consistently being terrible at reading moments in a game, especially hard-hit balls. Like he did on Wednesday night during the team’s 6-4 loss to the Blue Jays.

In the eighth inning, power-hitting DH Giancarlo Stanton took a 1-0 pitch deep. A home run could have tied the game at six if it cleared the wall. Sterling has never confused listeners as an unbiased announcer and his over-excitement for positive Yankees moments often gets the best of him.

“That ball is high, it is far, it is gone!” Sterling yelped. Only to have to walk it back a few seconds later when he realized Blue Jays outfielder Raimel Tapia in fact caught the ball. Leaving the 83-year-old to have to clean up the call by humbly admitting: “But caught.” 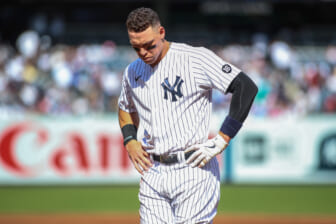 For Yankees fans and even New York baseball aficionados, this is far from the first time Sterling has done this. It has gotten so bad that fans have come to expect and sort of enjoying it. Probably to Sterling’s chagrin.

Oddly enough, another of his popular HR miscues happened last year and also included Stanton. When Sterling exclaimed the player had hit a “Stantonian” home run, only to figure out it bounced off the Green Monster and was just a single. “What, what did I do wrong? What did I see wrong? He’s at first base,” he said when reality set in.

It’s unclear how Sterling has gotten so good at missing homerun calls and many others. Maybe he is watching the television broadcast of the game — where you can be fooled — instead of watching the action in front of him — where it’s easy to see the action. Maybe at 83, his play-by-play fastball has lost a lot of steam. Nevertheless, Yankees fans still love the radio legend to the confusion of fans of other teams.

Haters and lovers of Sterling should enjoy it while it lasts since he is currently in the final year of his Yankees radio contract.