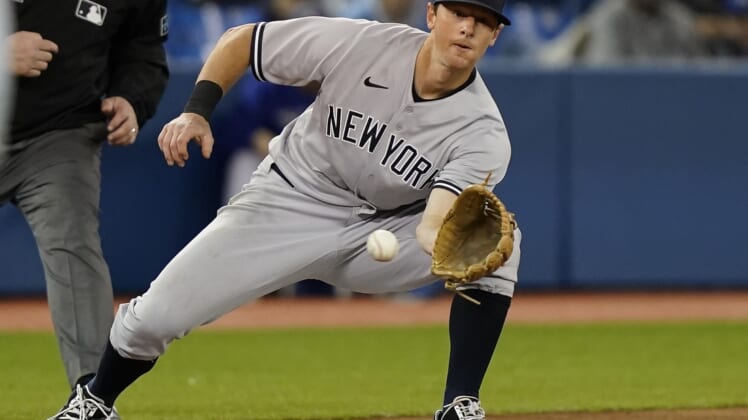 New York Yankees infielder DJ LeMahieu was out of the lineup Friday against the Tampa Bay Rays with a right hip injury and was scheduled to have a further examination with a doctor.

LeMahieu, who leads the Yankees with 160 hits, left Thursday night’s game against the Toronto Blue Jays with right hip soreness. The injury, which has been ongoing, forced LeMahieu to miss last Saturday’s game against the Boston Red Sox.

The Yankees entered their final weekend series against the AL East champion Rays with a two-game wild-card lead on both the Red Sox and Seattle Mariners. New York has won eight of its last nine games, while Seattle has been surging by winning 10 of their last 11.