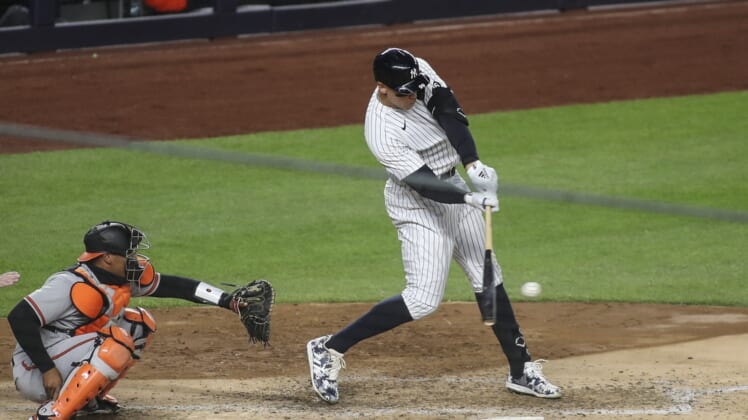 New York Yankees right fielder Aaron Judge was held out of Wednesday night’s game against the visiting Baltimore Orioles because of soreness in his left side.

New York manager Aaron Boone described the soreness due to “general wear and tear” from the first five games of the season. Boone said he thinks the discomfort might have stemmed from Sunday’s game against the Toronto Blue Jays when Judge was the designated hitter.

Judge was out of the lineup a night after going 3-for-5 with a three-run home run and four RBI in a 7-2 win. He is 8-for-22 with two homers and five RBI this season.

The Yankees also have Thursday off before visiting the Tampa Bay Rays, who play on artificial turf.

“With the off day tomorrow, you know just something we’re trying to stay ahead of and don’t want to push through anything right now,” Boone said before Wednesday’s game.

Judge has missed time with injuries in each of the last three seasons after hitting 52 homers and winning the AL Rookie of the Year Award in 2017. He missed nearly two months in 2018 with a fractured right wrist, two months in the first half of 2019 with a strained left oblique and two stints on the injured list in the pandemic-shortened 2020 season with right calf strains.