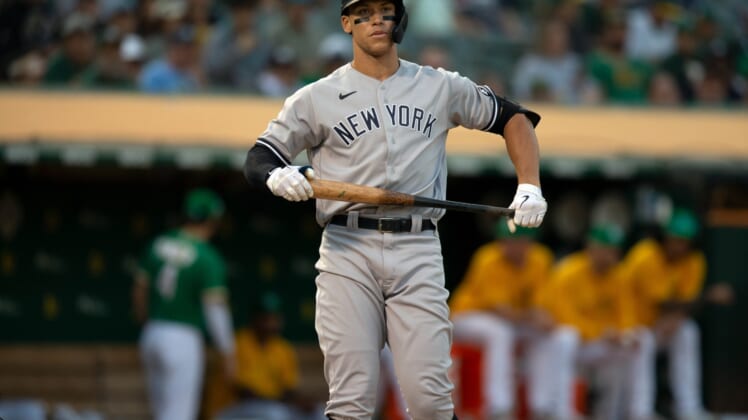 New York Yankees slugger Aaron Judge exited Sunday night’s 7-6 loss to the New York Mets in the middle of the third inning after experiencing dizziness during his first at-bat of the game.

“Just caught him all of a sudden when he stepped out of the box,” Yankees manager Aaron Boone told ESPN in an in-game television interview. “He wanted to keep going through it, but I didn’t want him to be in a situation where he put himself in danger.

“Hopefully, it’s something that subsides here over the next little bit and (we) get him back in there tomorrow.”

During Judge’s first at-bat in the first inning, he needed assistance from an athletic trainer, appearing to need eye drops. He ended up striking out in the first and third innings against Carlos Carrasco.

Judge, who is batting .293 with 32 home runs and 79 RBIs, was replaced by Brett Gardner in center field in the bottom of the third inning.