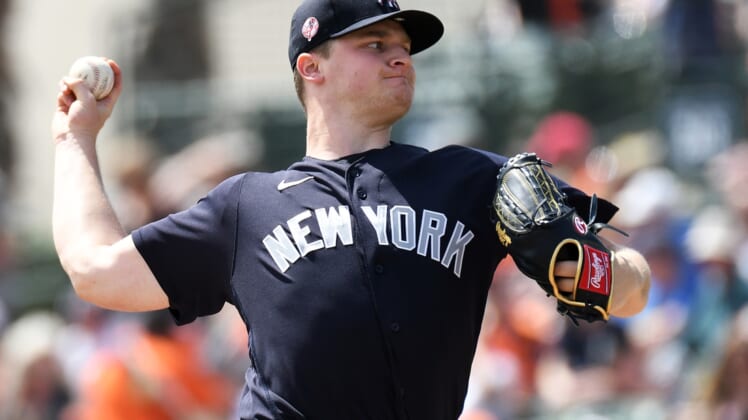 The New York Yankees are shutting down right-hander Clarke Schmidt due to an elbow injury.

The former first-round draft pick will be sidelined for three to four weeks after an MRI revealed a strain of the common extensor tendon, manager Aaron Boone said Monday.

Schmidt had Tommy John surgery on his right elbow in April 2017, but Boone said his surgically repaired ulnar collateral ligament is “intact and fine.”

The 16th overall selection by New York in 2017, Schmidt’s career numbers in the minors include a 6-8 record and a 3.39 ERA in 27 games (25 starts). He skipped the Triple-A level to join the Yankees last season.