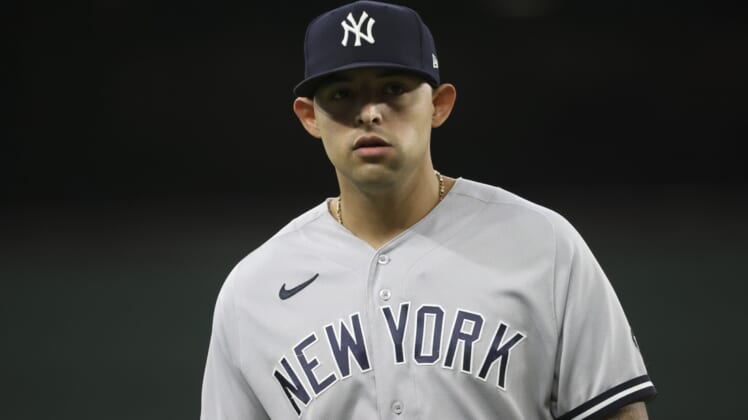 Rougned Odor’s return to the active roster did not last long, as the New York Yankees placed their infielder on the paternity leave list one day after he was activated from the injured list.

Odor’s leave gives the Yankees a roster opening to add shortstop Gleyber Torres, who was placed in COVID-19 protocol last week. Yankees manager Aaron Boone said Tuesday that Torres was cleared to return and was in transit to Arlington, Texas, to join the club.

Odor, 27, had been out for two weeks when he returned Tuesday against his former team, the Texas Rangers. He went 2-for-5 with a double and two strikeouts in the Yankees’ 7-4 victory.

Odor is batting just .182 with four home runs and 11 RBIs in his first season away from the Rangers. He played his first seven seasons with Texas before he was traded to New York in April. The career .236 hitter has 150 home runs and 469 RBIs in 878 games.

Torres was one of nine members of the Yankees organization who tested positive over the past week. The individuals who have been identified include Torres, pitching coach Matt Blake, third base coach Phil Nevin and first base coach Reggie Willits.