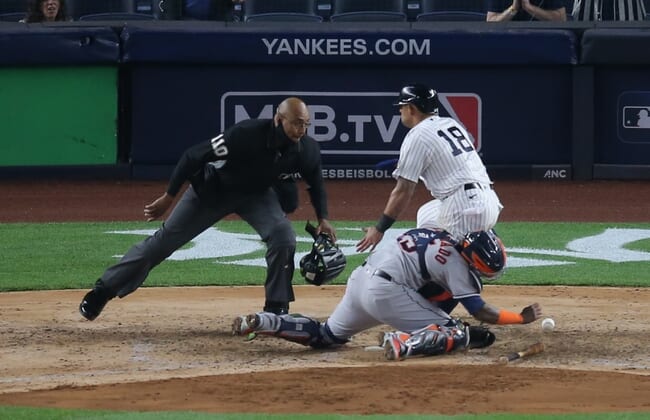 Odor, 27, was removed in the sixth inning of the team’s May 4 win against Houston after colliding with Astros catcher Martin Maldonado at home plate.

He played his first seven seasons with the Rangers, batting .237 with 146 home runs and 458 RBIs in 858 games from 2014-20. The Yankees are in the midst of a four-game road series against the Rangers, with the second game taking place Tuesday night. Texas won the opener 5-2 on Monday.

The move to reinstate Odor comes after the Yankees optioned right-hander Albert Abreu to Triple-A Scranton/Wilkes-Barre after Monday’s game. Abreu, who was called up when Odor went on the IL, had a 1.80 ERA in three relief appearances (five innings).