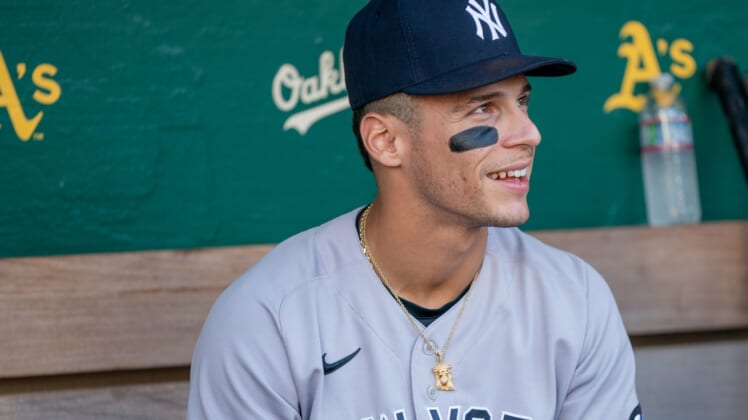 Velazquez, 27, adds infield depth for the final two games of the regular season as DJ LeMahieu deals with a sports hernia.

The Yankees (91-69) lead the American League wild-card race entering Saturday, one game ahead of the Boston Red Sox (90-70) and two in front of the Toronto Blue Jays (89-71) and Seattle Mariners (89-71). New York has a magic number of one to clinch its fifth straight postseason spot.

Velazquez is batting .234 with one homer, six RBIs and four stolen bases in 26 games this season with the Yankees. He hit .273 with seven home runs, 46 RBIs and 29 steals in 77 games in Triple-A.

Manager Aaron Boone said LeMahieu had a cortisone shot Friday and could return to the lineup Sunday. The two-time batting champ is hitting .268 with 10 home runs and 57 RBIs in 150 games this season.