“(Voit) had some swelling over the weekend and then had that drained, but there was still some lingering pain there, was diagnosed with the bone bruise,” Yankees manager Aaron Boone said before Friday’s game against the Boston Red Sox.

“We’ll probably get some kind of PRP (platelet-rich plasma injection) potentially tonight and then hopefully a few days of rest, and hopefully get going from there.” 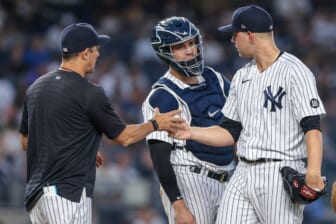 After having their Thursday game against the Red Sox postponed due to COVID-19 concerns, the Yankees also placed catcher Kyle Higashioka, outfielder Aaron Judge and infielder Gio Urshela on the COVID-19 injured list.