New York Yankees look to bounce back vs. red-hot Rays 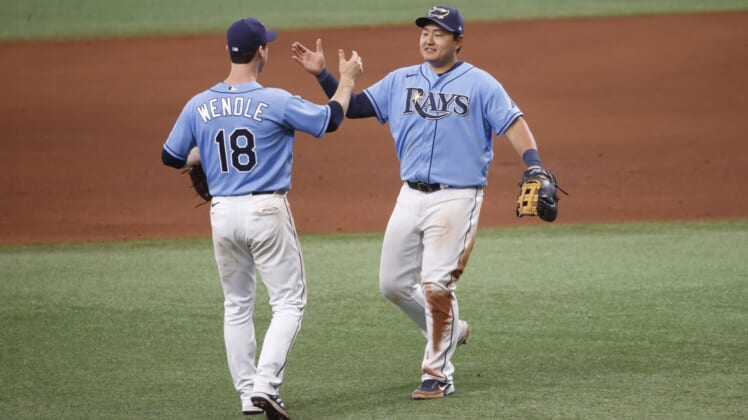 It was not so long ago that the New York Yankees were amongst the hottest teams in baseball, but they never experienced the run the Tampa Bay Rays currently are on.

Coming off a lost weekend against the Detroit Tigers, the New York Yankees attempt to get back on track Monday at Yankee Stadium in the opener of a four-game series with the Rays, who are on a 15-1 tear.

New York climbed out of a 6-11 hole by winning 22 of 30 games from April 22-May 23. That stretch includes two wins in Tampa Bay on May 11-12. But instead of moving further beyond the .500 mark, the Yankees enter the fourth series between the teams with five losses in six games.

After sweeping the Chicago White Sox to extend their winning streak to six games, the Yankees dropped two of three to the Toronto Blue Jays and then were swept by the Detroit Tigers.

“This is just a bad ending to a terrible weekend,” Yankees manager Aaron Boone said. “We’ve got to get better. As (ticked) off as I am — and as we should be — by the way we played, it’s a bad weekend. We need to turn the page. We have an important homestand coming up against some really good opponents.”

“What we’ve been putting out there right now is not our best, and it’s unacceptable,” New York right fielder Aaron Judge said. “That’s where we just have to kind of dig down deeper and make some changes. You just can’t keep coming to the plate, trying to do the same thing and expecting different results.”

The Rays lead the season series 6-3, and their 9-1 win over the Yankees on May 13 sparked an 11-game winning streak. The streak ended with a 2-1 loss to the Kansas City Royals on Tuesday, but Tampa Bay heads to New York with four straight wins.

While the Yankees endured a lost weekend, the Rays posted a pair of home wins over the Philadelphia Phillies.

In Sunday’s 6-2 win, Mike Zunino hit a two-run homer, and Brett Phillips also homered as the Rays scored at least six runs for the 11th time in their tear.

“There’s a lot of things going our way,” Rays manager Kevin Cash said. “We’d like to think we’re creating some of those things. Guys are taking advantage of opportunities, whether it’s at the plate, off the mound or defensively. Anytime you go on a run like this team has been on, you’ve got to do a lot of things right.”

The Rays swept their last visit to New York April 16-18 and are 8-1 in their past nine trips to the Bronx.

Rich Hill (3-2, 3.63) starts Monday. The veteran left-hander coming off a tough-luck loss on Tuesday when he allowed two runs on six hits and struck out 13 in eight innings.

Hill is 3-2 with a 4.05 ERA in 13 career appearances (five starts) against the Yankees. In his previous start against New York, he allowed three hits and struck out nine in 6 2/3 scoreless innings in a 9-1 win on May 13.

Jameson Taillon (1-3, 5.06), who opposed Hill on May 13, will be pitching on seven days’ rest after allowing two hits in five scoreless innings in a no-decision against the White Sox on May 23.

Taillon is 1-1 with a 3.27 ERA in two career starts against Tampa Bay. 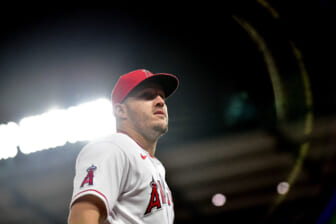