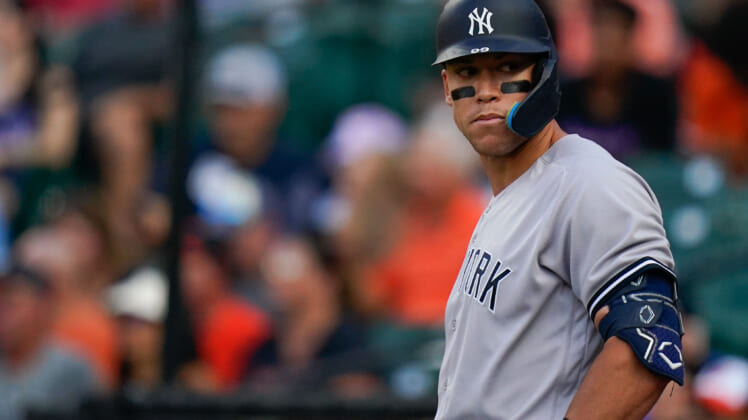 One MLB insider claims that if the New York Yankees were to swing a trade for Juan Soto before the Aug. 2 MLB trade deadline, the move would signal the end of the Aaron Judge era in the pinstripes.

When the news broke that Soto turned down a historic 15-year, $440 million contract offer from the Washington Nationals, and would be available on the trade block, it changed a lot of teams approach to the final weeks before the deadline. One of those is the Yankees.

While the Yankees don’t necessarily need Soto to win the World Series in 2022 — since they are the favorite and have the best record in the league — rarely do players of this magnitude become available with multiple years left on their contract. And a new report claims the team is actually seriously pursuing the 23-year-old star.

On Friday, SNY MLB insider Andy Martino reported that the Yankees have shifted their trade deadline strategy and are legitimately working to try and acquire Soto before Aug. 2. However, he also claimed that if New York trades for the two-time All-Star and give him a lucrative long-term deal, the deal would mean they won’t re-sign impending free agent and top star Aaron Judge. Something he believes would be the right decision.

The Yankees and Judge failed to come to a new long-term agreement in the offseason. Allowing him to become a free agent this winter. The 30-year-old is rumored to be looking for a deal near 10 years and around 30 million annually. 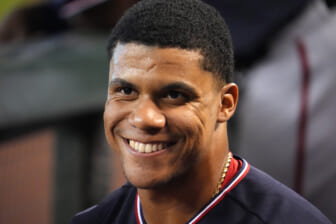 After turning down $440 million for 15 years, Soto and his agent Scott Boras are believed to be looking for a half-billion-dollar pact when he becomes a free agent following the 2024 season. Even the Yankees have limits and agreeing to pay two players well over a half a billion dollars over the next decade is not a smart business move.