The New York Yankees finished the regular season without starting pitcher Frankie Montas and it looks like they will be without him for “at least a month” to start their 2023 campaign.

The Yankees made one of the more notable splashes at the August MLB trade deadline when they swung a trade for talented Oakland Athletics pitcher Frankie Montas. The 29-year-old was seen as the perfect addition to solidify the starting rotation alongside ace Gerrit Cole and All-Star Nestor Cortes.

However, the Yankees did not get the player they were hoping for following the deal in early August. In his first month with New York, he made five starts and posted an 0-2 record with a 7.01 ERA. He followed that up in his three September starts by going 1-1 with a slightly better 5.14 ERA.

Clearly, something was wrong and it wasn’t surprising when the New York Yankees shut him down for the regular season after feeling discomfort in his pitching shoulder. He did not pitch in the team’s Divisional Round series against the Cleveland Guardians and only took to the mound for an inning in the American League Championship Series.

While the hope was that Frankie Montas would be ready for spring training in March it looks like the pitcher could miss a significant amount of time to start the season.

On Saturday, New York Post MLB insider Jon Heyman broke the news that Montas was ” behind [in his recovery] and he’s thought most likely to return to pitch in May.” However, The Athletic New York Yankees beat writer Chris Kirschner followed up that report with even worse news.

“Can confirm with a source that Frankie Montas is expected to miss at least the first month of the season with shoulder inflammation. The Yankees could turn to either Domingo German or Clarke Schmidt for the fifth spot in the rotation.”

Opening day for the 2023 MLB season goes down on March 30. Fortunately for the New York Yankees, their rotation is deep heading into the new season after they signed one of the best available arms on the market this winter, Carlos Rondon. 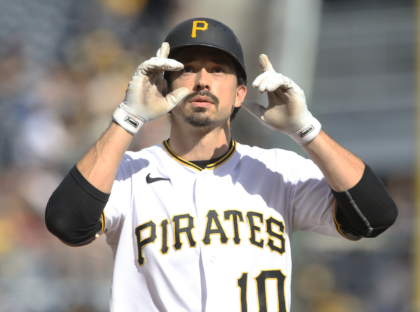 As of now, Frankie Montas was lined up to be the team’s fifth starter this season, so his being sidelined early in the season is not a devastating blow to the team.