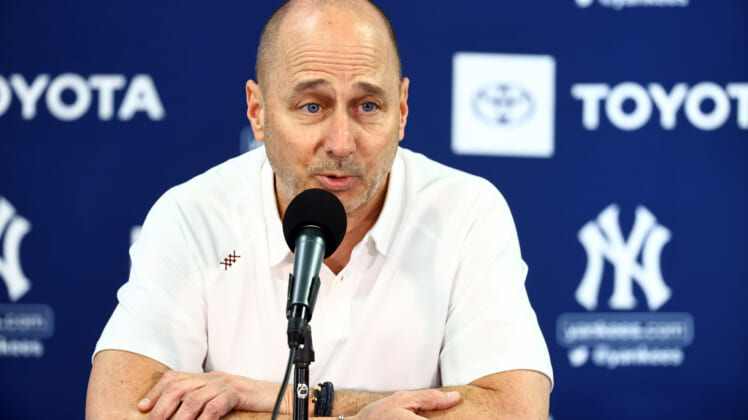 The New York Yankees’ 12-season World Series drought is one of the longest in franchise history and general manager Brian Cashman believes the Houston Astros are to blame for it.

New York last reached the World Series in 2009, defeating the Philadelphia Phillies in six games. Since then, the Yankees reached the American League Championship Series four times and the MLB postseason nine times but hasn’t won an AL pennant.

The drought is amplifying the pressure on the Yankees’ front office, a group drawing extensive criticism for not aggressively addressing the club’s needs this offseason. Heading into a pivotal year, Cashman believes the drought that so many are focused on is partially caused by the Astros’ sign-stealing scandal.

In an interview with Andy McCullough of The Athletic, Cashman cited the Astros’ electronic sign-stealing in 2017 as a key element of the Yankees’ current World Series drought.

“The only thing that stopped (us) was something that was so illegal and horrific. So I get offended when I start hearing we haven’t been to the World Series since ’09. Because I’m like, ‘Well, I think we actually did it the right way.’ Pulled it down, brought it back up. Drafted well, traded well, developed well, signed well. The only thing that derailed us was a cheating circumstance that threw us off.”

The Yankees were eliminated by the Astros in Game 7 of the 2017 ALCS, falling just short of the World Series. A few years later, it was revealed that the Astros used cameras to steal signs and relayed the information to batters in real-time by banging trash cans.

Houston received some punishment for its actions. Manager A.J. Hinch and general manager Jeff Luhnow were suspended for a year, the club received a $5 million fine and lost first- and second-round picks in the 2020 and 2021 MLB Drafts. However, MLB didn’t strip the Astros of their World Series title.

Cashman’s comments are coming at an interesting time. The U.S. Second Circuit Court of Appeals recently determined that the ‘Yankees Letter’, detailing MLB’s investigation into electronic sign stealing by the Yankees, should be unsealed. MLB and the Yankees could appeal the decision, with the league wanting to protect its internal documents and New York intent on preserving its image.

There’s certainly an argument to be made that Cashman is right about 2017 and New York would have reached the World Series if not for the Astros’ actions. However, it still wouldn’t have guaranteed a championship and it doesn’t excuse every other instance of playoff disappointment.