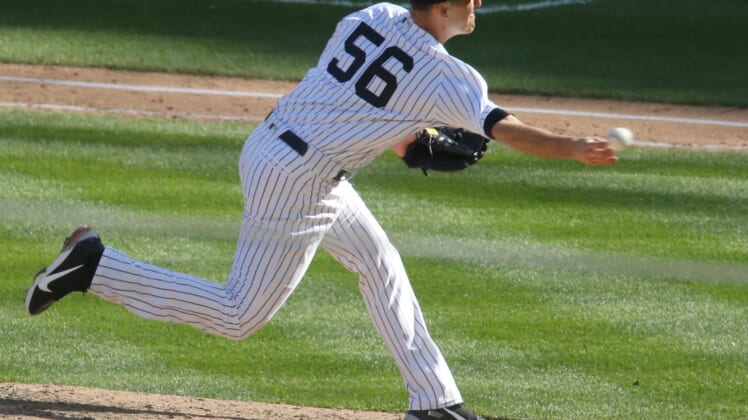 The New York Yankees reinstated right-hander Darren O’Day from the injured list prior to Tuesday night’s game against the visiting Los Angeles Angels.

The 38-year-old reliever went on the injured list on May 1 and has not pitched since April 29 due to a strained right rotator cuff.

O’Day is 0-0 with a 3.00 ERA in 10 appearances this season. The submarine-style pitcher has fanned nine batters and walked two in nine innings in his first season with the Yankees.