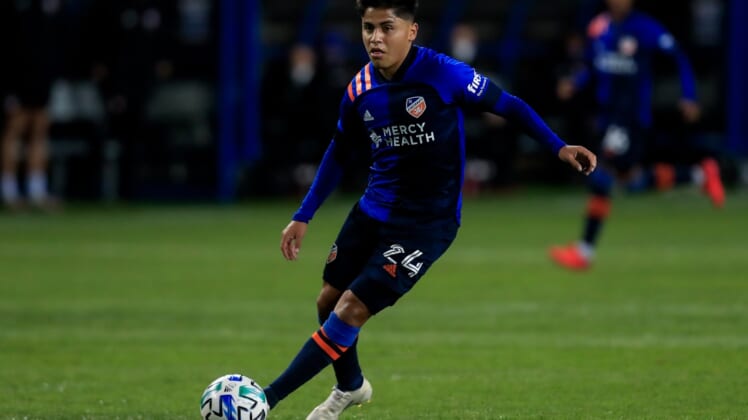 The New York Red Bulls added a boost to their midfield, acquiring Frankie Amaya from FC Cincinnati in a deal that could return more than $1 million in general allocation money if performance-based incentives are met.

Amaya, 20, was the No. 1 selection in the 2019 MLS Super Draft after a brief stint at UCLA that was interrupted by United States international camp duties.

Amaya, who has one career MLS goal in 40 games (36 starts) with Cincinnati, reportedly requested a trade this past offseason. He did not play in the season opener Saturday.

“His technical skills and ability with the ball will give us more control and more options in transition and in the final third,” Red Bulls coach Gerhard Struber said in a release. “The task for us as a coaching staff will be to integrate him quickly and immerse him in our tactics and game plan.”

The Red Bulls opened their season Saturday with a 2-1 loss to Sporting Kansas City and will visit the Los Angeles Galaxy on Sunday. Amaya is a native of nearby Santa Ana, Calif.

FC Cincinnati also opened their season Saturday, playing to a 2-2 tie on the road against Nashville SC.