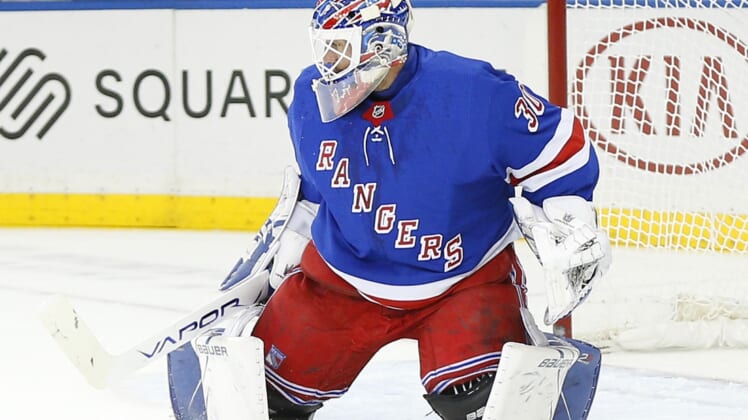 The New York Rangers will raise former goaltender Henrik Lundqvist’s No. 30 to the rafters at Madison Square Garden on Jan. 28.

The team announced Monday that his jersey number will be retired ahead of the Rangers’ game against the Minnesota Wild.

“Can’t tell you enough how much I look forward to be back in the place that has meant so much to me in my life,” Lundqvist posted on Twitter.

He finished his NHL career with a record of 459-310-96 and 64 shutouts, a 2.43 goals-against average and .918 save percentage in 15 seasons with the New York Rangers. He guided the Rangers to an appearance in the 2014 Stanley Cup Final, where they lost to the Los Angeles Kings in five games.