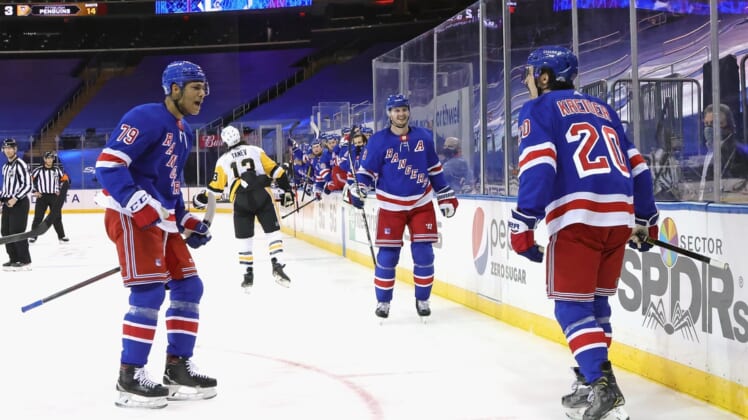 New York Rangers defenseman Jacob Trouba is out for four to six weeks with an upper-body injury.

The Rangers confirmed the timeline Wednesday following Trouba’s early exit from Tuesday’s game against the New Jersey Devils. Trouba did not play in the third period, and coach David Quinn said he was hurt earlier in the game.

Without Trouba, 26, the Rangers are down three skaters. Jack Johnson (groin) is listed as day-to-day and K’Andre Miller is out with an upper-body injury.

Trouba is in his second season with the club and has three assists in 14 games this season.

The Rangers’ loss Tuesday night came without top scorer Artemi Panarin, who is dealing with a lower-body injury suffered in a 3-2 overtime loss to the Boston Bruins on Feb. 10.