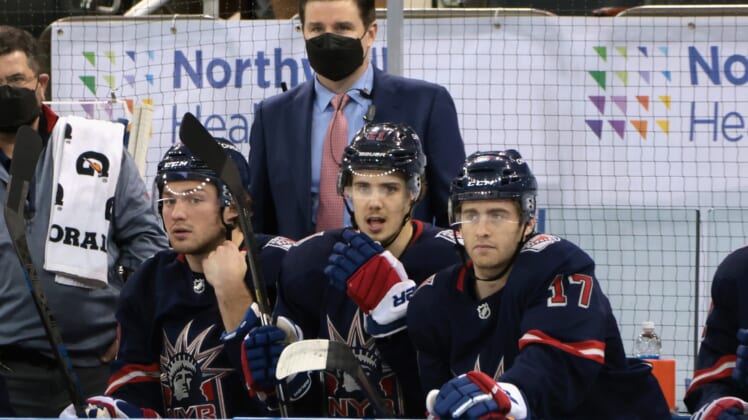 The New York Rangers fired president John Davidson and general manager Jeff Gorton on Wednesday, the New York Post and Sportsnet reported, one day after the team made waves by releasing a statement critical of the NHL’s head of player safety.

The stunning move comes with just three games remaining in the Rangers’ 2020-21 season. The Original Six club will miss the playoffs but showed marked improvement after finishing in the bottom two of its division each of the previous three seasons.

Associate GM Chris Drury, a former Rangers center, will take over as both president and general manager, according to Sportsnet.

It’s unknown whether the firings are connected with the Rangers’ statement Tuesday saying they believed George Parros was “unfit to continue in his current role” as the league’s head of player safety.

Parros chose not to suspend Washington Capitals forward Tom Wilson for his actions in Monday night’s game against the Rangers. Rangers star Artemi Panarin suffered a lower-body injury during a Wilson-fueled melee, and Wilson continued to attack Pavel Buchnevich after Buchnevich’s helmet had come off. Wilson, a repeat offender with five suspensions in his career, instead received the maximum allowable $5,000 fine for roughing Buchnevich.

The Rangers’ unprecedented statement about a league official may not have been the main reason owner James Dolan made his surprise decision, however.

“I don’t believe Davidson/Gorton had anything to do with last night’s NYR statement; it was Dolan-driven,” Sportsnet’s Elliotte Friedman added on Twitter. “However, there is word Dolan was unhappy with this NYR season and wanted to make a change. Seems crazy to me, because they have a come a long, long way in two years…but he’s the owner.”

TSN reported that Davidson and Gorton each had “scurried to distance themselves from the team statement” released Tuesday.

The Rangers and Capitals, meanwhile, will face off again Wednesday at 7 p.m. ET with Wilson expected to be in Washington’s lineup.