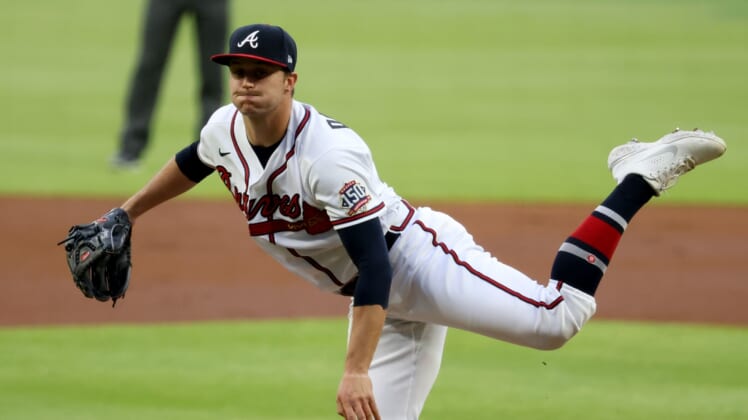 Catcher Tomas Nido hit a solo homer with two outs in the ninth to help the visiting New York Mets to a 4-3 win over the Atlanta Braves on Tuesday.

Nido, who had three hits in Monday’s win, greeted Atlanta closer Will Smith (0-4) with a long fly that reached the seats in left-center. It was his second homer of the season and his first career home run against Atlanta.

Edwin Diaz worked a perfect ninth inning, striking out two, to earn his seventh save and give the Mets their second win in the series.

Atlanta started rookie Tucker Davidson and the left-hander fared well in his second major-league start, his first appearance with the Braves this season. He went six innings and allowed three runs on five hits, one walk and five strikeouts.

The Mets started the scoring in the second when Jonathan Villar hit a two-run homer, his third, into the left-field seats.

The Braves made it 2-1 in the fifth inning when Austin Riley hit a solo home run, his fifth, to right field.

The Mets got the run back in the sixth on Pete Alonso’s sacrifice fly to center, but the Braves made it 3-2 in the bottom of the sixth on Freddie Freeman’s 12th homer, a solo shot to center. Freeman is tied with teammate Ronald Acuna Jr. for the National League lead.

The Braves tied the game in the eighth when Marcell Ozuna slapped a broken-bat single just over the head of first baseman Alonso, scoring Ehire Adrianza, who led off the inning with a double.

The teams complete the three-game series on Wednesday. The Mets are seeking their first three-game sweep of Atlanta since September 2019.