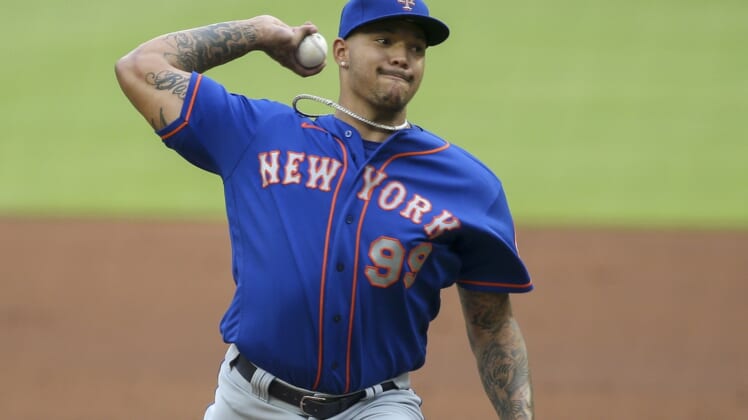 The New York Mets plan to place right-handed starting pitcher Taijuan Walker on the 10-day injured list due to left side tightness.

The move means New York will have 14 players on the IL, including ace starter Jacob deGrom.

In his most recent start, Walker faced the Atlanta Braves on Monday and left after just three innings with discomfort in his side. He had allowed just one hit and no runs or walks to that point.

The Mets’ starting rotation has gotten thinner, with Noah Syndergaard (elbow) and Carlos Carrasco (hamstring) expected to miss a few more weeks. Similar to Walker, deGrom went on the IL on May 11 with back tightness. He will make a rehab start for Low-A Port St. Lucie on Thursday.