The New York Mets have the potential to compete for a World Series title in 2022, but to improve those chances they will look to bolster the roster before this year’s trade deadline, and a former New York Yankees bullpen All-Star could be a possible target.

This season for the New York Mets has gone far better than expected despite being without ace Jacob DeGrom for much of the season. In addition, 1A ace Max Scherzer will miss a couple of months with an oblique injury. However, while they sit in first place in the National League East and will eventually see the return of various members of their pitching staff out with injuries, the organization’s brass knows they need more pitching help.

Along with adding another power bat, the bullpen is a key area of need for the team. While the group hasn’t been bad, and Edwin Diaz has had his best season yet in Queens as the closer, it isn’t quite at the level needed to win titles in today’s MLB.

With that that in mind, there has been a great deal of speculation about some of the possible targets the New York Mets could have in its crosshairs before August 2. Earlier this week, SNY Mets insider Andy Martino suggested three players the team is likely to look at as useful additions for a late summer and fall run.

“The Mets will look at late-inning types like David Robertson, Andrew Chafin and Trevor Rosenthal (a free agent who held a showcase for teams, including the Mets, on Tuesday), but they will also engage in conversations about starters,” Martino wrote.

“To understand why, look at the way teams have game-planned in the postseason in recent years. Even the best starting pitchers often last a few innings, before giving way to another quality pitcher,” he added. “A guy who started in the regular season could be a multi-inning reliever in October.”

Chafin, Rosenthal, and one-time Yankees closer Robertson are all proven veteran relievers. Chaufin would offer a solid middle-inning option to go along with the likes of Seth Lugo and Drew Smith. While Robertson and Rosenthal have a deep history of late-game experience on winning teams. 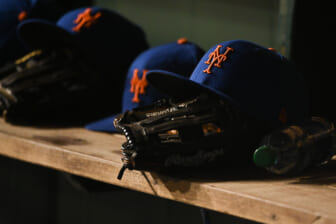 However, Rosenthal has dealt with serious injuries over the last few years, including Tommy John surgery in 2018 and thoracic outlet surgery that ended his season early in 2021. Robertson has also battled back from Tommy John surgery that cost him all of the 2020 season. But he has thrown well for the Chicago Cubs this season, seems to be fully recovered and has seven saves in 2022.