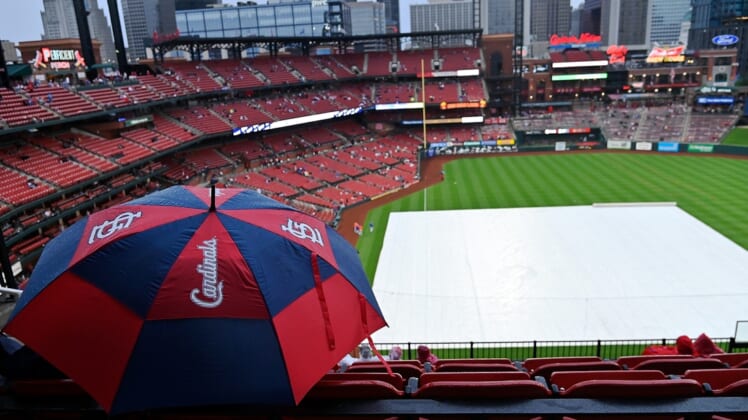 May 4, 2021; St. Louis, Missouri, USA; Fans sit in the seats as storms move through the area prior to a game between the St. Louis Cardinals and the New York Mets at Busch Stadium. The game was postponed and will be made up May 5, 2021 as a doubleheader. Mandatory Credit: Jeff Curry-USA TODAY Sports

The St. Louis Cardinals’ scheduled home game against the New York Mets was postponed Tuesday evening due to inclement weather.

The teams will make up the game as part of a single-admission doubleheader Wednesday starting at 5:15 p.m. ET.

The Cardinals won the opener of the three-game series 6-5 on Monday, their fifth consecutive victory and their ninth triumph in the past 11 contests. The Mets lost for the fourth time in six games.