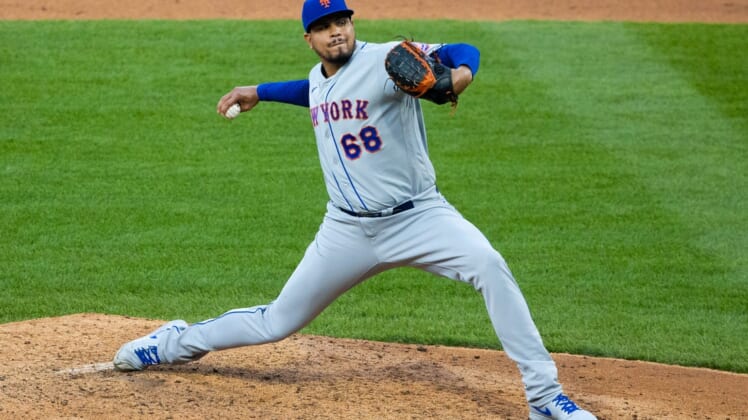 Side-arming right-hander Trevor Hildenberger was added to the roster in a corresponding move.

Betances, 33, sputtered in his season debut on Wednesday, allowing one run and one walk in one inning of a no-decision against the Philadelphia Phillies.

Betances is slated to make $6 million this season after struggling in 2020 in his first campaign with the Mets. He went 0-1 with a 7.71 ERA in 15 appearances before sustaining a season-ending lat injury.