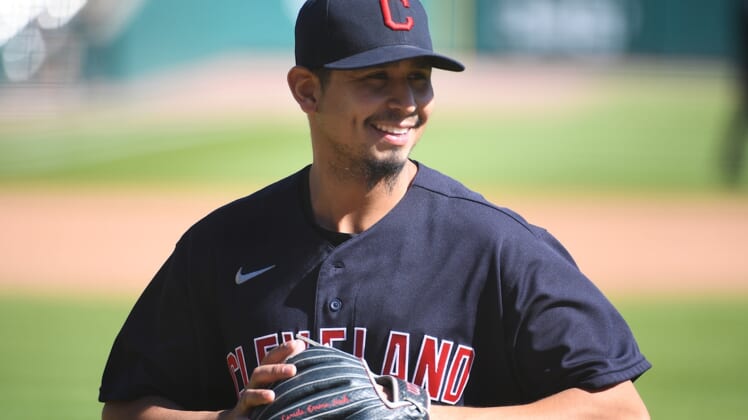 New York starter Carlos Carrasco’s comeback hit a snag Thursday as the Mets moved the right-hander to the 60-day injured list with his lingering hamstring injury.

The soonest Carrasco could join the Mets is now May 28.

Though Carrasco did not re-injure his hamstring, it has not responded well in high-stress workouts, multiple outlets reported Thursday. Carrasco last pitched a simulated game Tuesday and Mets manager Luis Rojas indicated the 34-year-old might soon be ready for a minor league rehab start en route to joining the big-league club.

Carrasco is scheduled for a rehab assignment at Triple-A Syracuse this weekend.

Carrasco tore his hamstring in mid-March with a recovery timeframe of 6-8 weeks.

Also Thursday, the Mets recalled Tommy Hunter; he was active for the day game against the St. Louis Cardinals. The Mets optioned fellow right-hander Jordan Yamamoto to Syracuse.