The New York Mets got some bad news on Wednesday when it was revealed that superstar pitcher Max Scherzer is heading back to the injured list with “irritation” in the same area that knocked him out for a month of this season.

On Wednesday, Mets manager Buck Showalter announced that Scherzer (9-4) would be placed on the 15-day injured list, retroactive to his recent start on Sunday. However, the veteran manager remained guarded on specifics and only revealed the right-hander has an “irritation” in his left side. Scherzer missed all of June with a strained left oblique muscle.

The 38-year-old left the team’s 7-1 loss to the Washington Nationals on Sept. 3 after just five innings and 67 pitches. Making fans worry Scherzer re-injured the oblique or had an all-new issue.

However, there is some good news in the setback to the team’s second-best starting pitcher. This latest issue does not look to be as severe as what occurred in June, and the team hopes that the six-time Cy Young Award winner may only miss a couple of starts.

The New York Mets have been one of the best teams in baseball all season and had a strong showing in August. However, the team has hit a bit of a rough patch in losing five of their last eight, including back-to-back losses to the last place Washington Nationals at home over the weekend. Furthermore, what was once a 10.5-game lead in the NL East in June has completely evaporated and the defending World Series champion Atlanta Braves have surged into a first-place tie with the Mets at 85-51.

The one saving grace for New York may be that they have one of the easiest schedules in baseball to finish out the season. The team still has upcoming series with last-place squads the Pittsburgh Pirates, Oakland Athletics, the Nationals, and other losing teams like the Chicago Cubs and Miami Marlins. 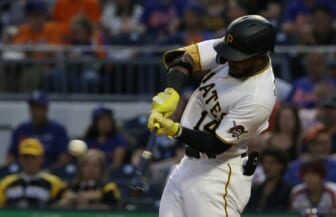 The team has a doubleheader on Wednesday with the aforementioned Pirates that kicks off with an afternoon game at 12:35 PM ET.