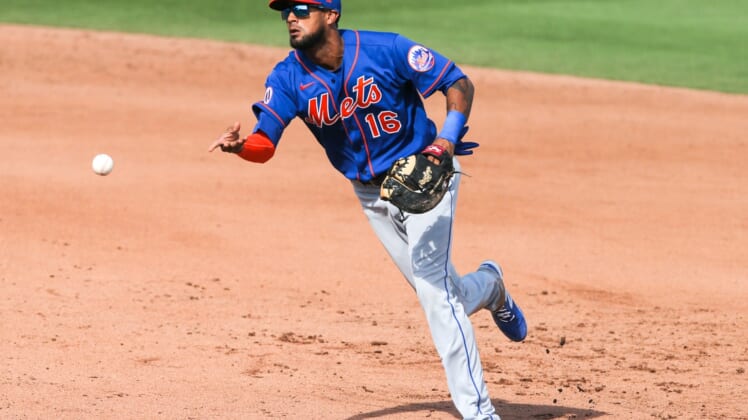 Martinez sustained the injury during the fourth inning of Sunday’s game against the Miami Marlins when he collided with umpire Greg Gibson while trying to chase a grounder headed down the first-base line.

“It’s unfortunate,” Rojas said after an MRI exam revealed the extent of the damage. “I think he’s going to have surgery this weekend, and after that, we’ll know more on his recovery and rehab process.”

The 32-year old Martinez was competing for a reserve role with the Mets. He has a .289 career average with 43 homers and 182 RBIs in 432 games over five big league seasons.

Martinez spent his first four major league campaigns with the St. Louis Cardinals. His best season was 2018 when he batted .305 with 17 homers and 83 RBIs.