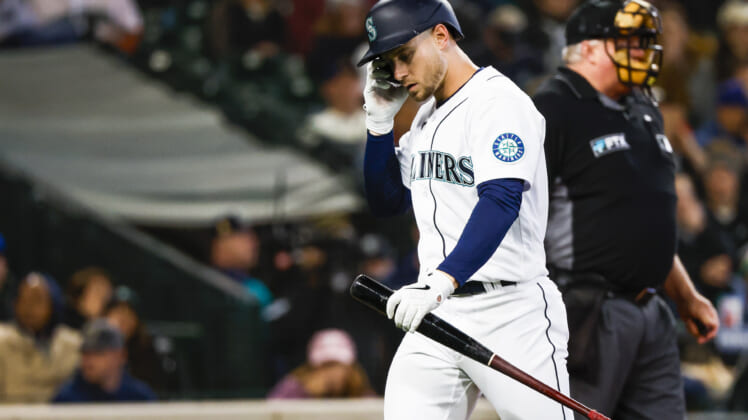 After three years, the New York Mets trade that saw one of their top prospects, Jarred Kelenic, get sent to the Seattle Mariners for Robinson Cano and Edwin Diaz is finally starting to look less than awful.

Before the 2019 season, former Mets general manager Brodie Van Wagenen was looking to make a major splash and turn the team’s fortunes around in one fell swoop. In acquiring former Yankees All-Star Robinson Cano, the team thought they would get the kind of world-class power-hitting talent they needed in the middle of the order to anchor the team’s offense for the next few years.

In the deal, the team also acquired Mariners closer, Diaz, following his first appearance in the previous season’s All-Star game. It seemed like a move with serious upside despite the Mets sending back two of their top prospects in Kelenic and Justin Dunn. Well, it wasn’t long before the trade went badly like many of the team’s major moves over the last 30 years often do.

New York Mets got the worst version of Robinson Cano

The New York Mets got a version of Cano 14-years into his career and far from his peak form on the Yankees. His 2019 season disappointed, and despite a bounceback in the COVID shortened 2020 season, he abruptly failed another drug test and was banned for the entirety of the 2021 season. This season, Cano looked every bit of a 39-year-old baseball player. In 12 games, he hit one home run, had three runs-batted-in, and hit under .200 before he was designated for assignment earlier this month. Ending a forgettable return to New York.

However, what made the trade even worse for the Mets side is the massive amount of money the second baseman had left on his deal, and that Diaz’s play during his tenure in Flushing did not sweeten the bitterness from Cano’s play.

Diaz’s first year was a disaster and he ended up losing his closing job. While he also improved in 2020, last season was a mixed bag as he earned 32 saves and had a 3.45 ERA. All of that combined with the notes of Kelenic’s quick rise through the Mariners farm system, made the move seem like a disaster Mets fans would complain about for decades.

However, in a season where the boys from Queens are one of the elites of the early 2022 season, the team got another piece of positivity on Friday. After 30 games this season, the Mariners did like the Mets did with Cano and designated Kelenic for assignment. For all intents and purposes, Kelenic has been an even bigger disappointment than Cano and Diaz were over their first few years with the Mets.

In 123 games at the big league level over the last two seasons, the top outfield prospect hit .173, with 17 home runs, and 53 runs-batted-in over 400 at-bats. In the end, the Mets did not give away a future star and anchor in the outfield for a decade.

What has made the trade even less terrible has been the outstanding play of Diaz in 2022. It is still early and things could go sideways quickly, but in 14 pressurized innings, the 28-year-old has a 1.93 ERA, 0.857 WHIP, 24 strikeouts, and just five walks. In a season where the team has the potential to contend for the pennant, having a closer under 30 that might be hitting a peak is absolutely perfect timing. 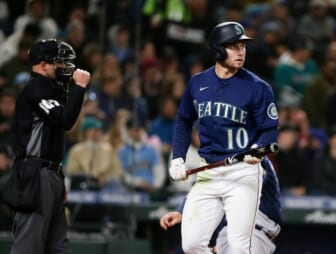 While the 2019 trade between the teams was once viewed as another bad Mets deal, and they still owe Cano $40 million, things are starting to look very different through 2022 hindsight glasses.