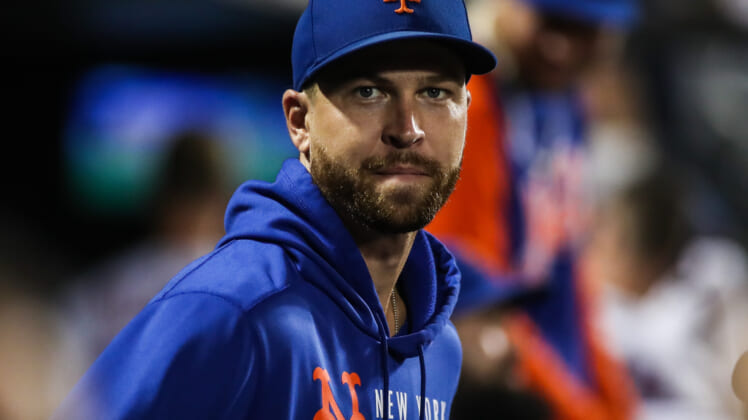 New York Mets starting pitcher Jacob deGrom could start to rev up the intensity of his shoulder rehabilitation soon since he admits he is feeling “normal.”

DeGrom landed on the injured list in April after a workout in-between starts ended early when the 33-year-old felt discomfort in his shoulder. MRIs eventually revealed he had a stress reaction in his shoulder and was expected to miss a month.

Since landing on the IL list last month, the two-time Cy Young award winner has had three different MRIs. The most recent, a couple of weeks ago, revealed “continued healing” in his shoulder. Pointing to positive progress and a hopeful return sooner than later. Well, it seems like the progress continues and his rehab process could start picking up speed soon.

On Saturday, before the New York Mets’ game against the Philadelphia Phillies, deGrom spoke with media members about his shoulder and admitted he is feeling no discomfort whatsoever, and he and the team’s medical staff would discuss if it was time to push his arms rehabilitation in the near future.

During his media scrum, Jacob deGrom explained his belief that the injury to his shoulder happened due to the league’s abbreviated Spring Training in 2022. After MLB and the players association battled over a new collective bargaining agreement and pushed back the normal start to the preseason process by 99-days.

“When I look at it, you got a short ramp up and you haven’t pitched competitively in, what, eight months?” said deGrom. “So I felt like that’s probably what did it for me.”

The Mets have played surprisingly well despite being without their best pitcher most of the season. They have started the year 30-17 and have the third-best record in the league. They have been able to survive due to the fact that they have an excellent second starter in winter acquisition Mx Scherzer. 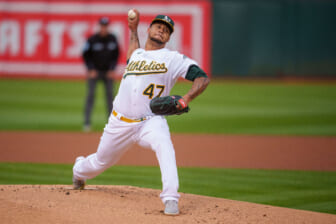 However, last week Scherzer tweaked his oblique and could be out of action for the next two months. Meaning the team could use their long-time ace back sooner than later. He has not pitched in a regular-season game since suffering a season-ending injury in July 2021.