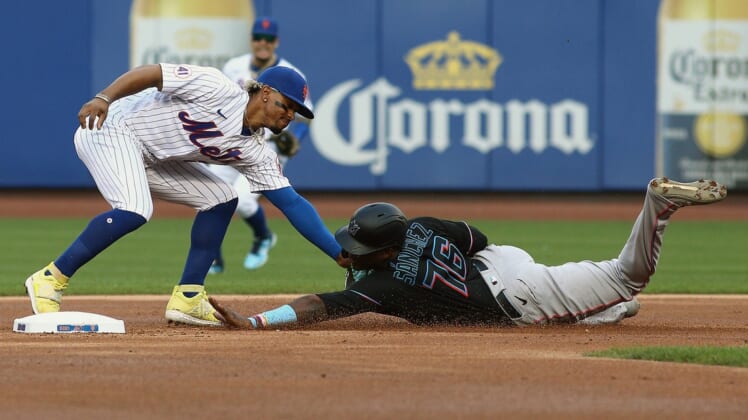 Marcus Stroman tossed five solid innings and added a rare stolen base Tuesday afternoon as the New York Mets edged the visiting Miami Marlins 5-2 in the opener of a doubleheader.

Francisco Lindor had an RBI single in the first inning and provided insurance with a two-run homer in the sixth for the Mets (74-82), who snapped a five-game losing streak and won for just the second time in 12 games.

Jonathan Villar had an RBI single in the third for New York and Javier Baez added a run in the same inning when he scored on an error by Marlins third baseman Eddy Alvarez.

Lewin Diaz hit a two-run homer in the fourth for the Marlins (64-92), who have lost six straight and eight of 10. 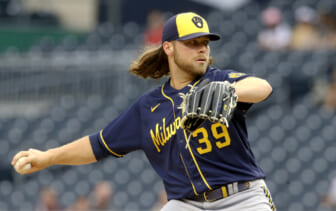 Stroman (10-13) allowed two runs on five hits with two walks and five strikeouts. The win snapped a five-start winless streak for Stroman, who was 0-1 with a 3.81 ERA dating back to his previous victory Aug. 22.

Stroman also stole his first career base during an eventful bottom of the second. After hitting what appeared to be a routine two-out grounder to third, but Alvarez threw wide of first base as Stroman reached.

On the next pitch, Stroman took off for second and easily beat the throw, then took third after catcher Nick Fortes’ throw sailed into centerfield. The stolen base was the fourth by a major league pitcher this season and the first by a Mets pitcher since Jacob deGrom’s theft against the Los Angeles Dodgers on Aug. 4, 2017.

Seth Lugo and Edwin Diaz each threw a perfect inning for the Mets in the seven-inning game, with Diaz earning his 31st save.

Baez and Pete Alonso each had two hits for the Mets, along with Lindor.

Joe Panik had two hits for the Marlins.

Marlins opener Zach Thompson (2-7) took the loss after giving up one run on three hits and no walks with three strikeouts in one inning. Daniel Castano followed by surrendering two runs (one earned) over three innings.