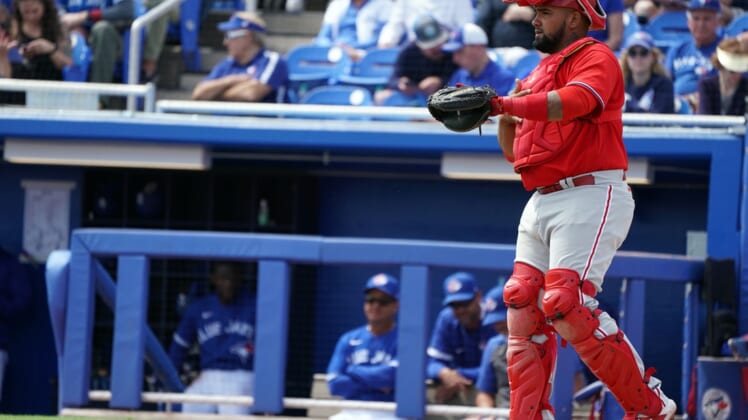 The New York Mets claimed catcher Deivy Grullon off waivers Wednesday, added him to their 40-man roster and optioned him to the team’s alternate training site in Brooklyn.

Grullon has been with five organizations in the past seven months, including the Cincinnati Reds and most recently the Tampa Bay Rays, who waived the 25-year-old last week.

Grullon was signed as an international free agent in 2012 by the Philadelphia Phillies and spent seven years in the team’s farm system while being ranked as the No. 16 prospect by Baseball America.

He has five games of major league experience, playing four games with the Phillies in 2019 and one game with the Boston Red Sox last season. He has two big league hits in 12 at-bats.

He is expected to report to Triple-A Syracuse ahead of the minor league team’s opener next week.