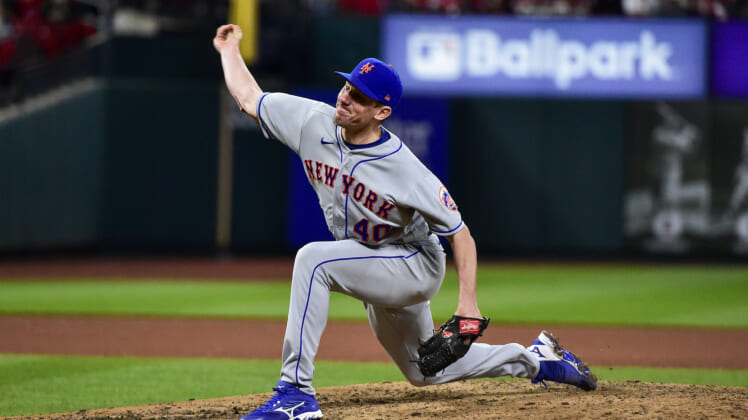 New York Mets starting pitcher Chris Bassitt says MLB has a serious problem on its hands with the league’s baseballs, but MLB has shown little interest in addressing concerns from pitchers.

The Mets are one of the hottest teams in baseball and seem to be magnets for big hits. Unfortunately, they also seem to be magnets for getting hit by pitches. Maybe that might come from some new and more aggressive hitting approach instituted by new manager Buck Showalter and his staff. However, pitcher Chris Bassitt believes it is from “different” balls with a poor grip that MLB is using for games.

The New York Mets have been hit a league-leading 18 times by pitches. In their 3-0 win over the St. Louis Cardinals on Tuesday night, they were hit three times. Cleanup hitter Pete Alonso got the worst of it when he was hit in the head by an eighth-inning throw from reliever Kodi Whitley. Bassitt claims it has been a problem throughout the league all season, but that MLB doesn’t seem to be listening to complaints from pitchers to fix the issue.

“It’s extremely annoying to see your teammates constantly get hit, and if you get hit by certain pitches it is what it is, but to get hit in the head the amount that we’re getting hit is unbelievable,” Bassitt said on Tuesday [h/t ESPN]. “I had some close calls tonight, and I’ve been hit in the face [by a line drive] and I don’t want to do that to anybody ever, but MLB has a very big problem with the baseballs. They’re bad. Everyone in the league knows it. Every pitcher knows it. They’re bad. 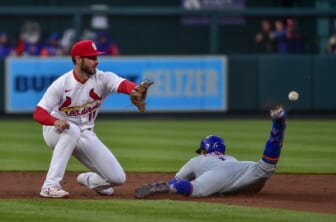 Showalter also chimed in after the team’s victory about the ongoing problem of pitchers hitting batters in the box during the early going of the 2022 season.

“It’s one thing to get hit in the toe or knee, but we’re getting a lot of balls in the head and the neck, and it’s just not good. Not good,” Showalter said. “You care about your players, and without getting into right and wrong and what have you, you reach a point where it’s about safety of your players. We’re lucky. You’re talking about a pitch that broke his helmet. It’s not good, I’m not happy.”

During the 2021 season, the league outlawed pitchers from using what was dubbed as “sticky stuff.” Pitchers — and even hitters — have always looked for an edge in trying to optimize their performance. However, it seems that the application of sticky substances may have also helped avoid what is becoming a growing and dangerous problem in the league with these “different” balls, as Bassitt explained.