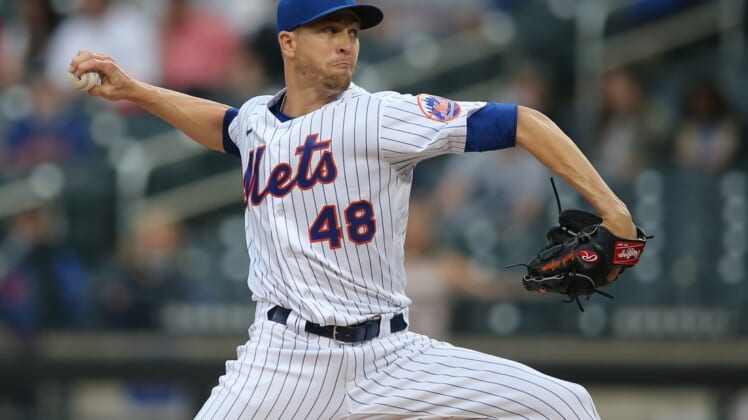 deGrom, who initially felt soreness after his last outing against the Boston Red Sox on April 28, was scratched on Tuesday due to right lat inflammation. The right-hander, who said he’s “feeling good,” plans to play catch Thursday and hopes to get the green light for a throwing session on Friday.

“I was a little bit more sore after my last start. Didn’t think too much of it,” deGrom said Wednesday. “I noticed my mechanics were off. Looked at some of the video and got some of the numbers, and my arm was down a little bit and … flying open. So that’s obviously going to put more stress on my arm.”

deGrom, 32, who was selected by the Mets in the ninth round of the 2010 MLB Draft, added that he planned to meet with a doctor on Thursday to come up with a plan for treating the injury.

The two-time NL Cy Young Award winner said he first informed the Mets’ training staff about the issue on Monday after throwing a bullpen session last weekend. When the soreness in his lat did not dissipate Tuesday after he woke up, deGrom informed the Mets, who scratched him from his start on Tuesday, which was rained out. The Mets and Cardinals were scheduled to play a doubleheader on Wednesday.