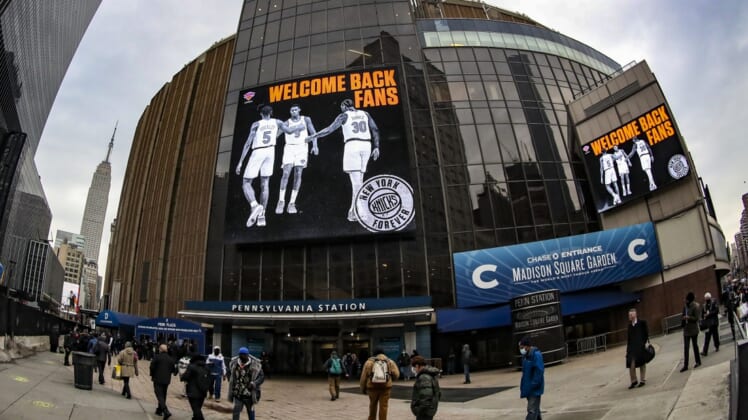 Feb 23, 2021; New York, New York, USA; A sign welcoming back fans prior to the start of the game between the New York Knicks and the Golden State Warriors at Madison Square Garden. Mandatory Credit: Wendell Cruz-USA TODAY Sports

Alex Saratsis of Octagon Sports said his client will fly to New York from Spain, where he plays for Baskonia in the Spanish ACB League, once he clears the immigration process.

One of Europe’s premier playmakers, the 25-year-old Vildoza was expected to be one of the top free agents available after the 2020-21 season. According to the report, the Knicks had both the salary-cap room and the open roster space needed to get a jump on the competition and sign him now.

New York has reportedly negotiated a buyout with Baskonia to acquire the 6-foot-3 Vildoza, who led his team to a championship was named MVP of the 2020 Spanish ACB finals.

Internationally, Vildoza has helped Argentina win a gold medal at the 2019 Pan American Games and silver medals at the 2019 FIBA Basketball World Cup and 2017 FIBA AmeriCup.