The New York Jets are trading tight end Daniel Brown to the Kansas City Chiefs for guard Laurent Duvernay-Tardif, according to multiple reports ahead of Tuesday’s trade deadline.

Brown, 29, has mostly played special teams this season and has no catches in seven games. 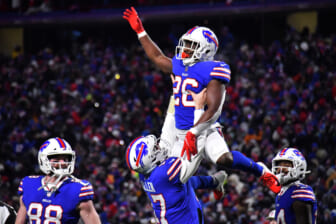 In August, he broke a bone in his hand and ultimately lost his starting position at right guard to rookie Trey Smith. Duvernay-Tardif has been a healthy scratch throughout this season.