"It's not looking good," coach Robert Saleh told reporters Friday. "We're still holding out hope, but it's trending in that direction."

The Jets (1-5) are already short-handed on offense, as rookie quarterback Zach Wilson (knee) will not play against the Bengals (5-2). Backup Mike White will get the start over recently acquired Joe Flacco at quarterback. 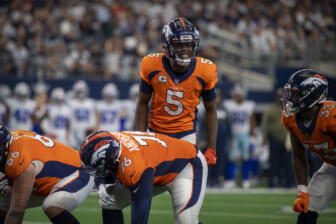 Davis, 26, signed a three-year, $37.5 million deal with the Jets in March after playing his first four seasons with the Tennessee Titans. The 2017 first-round pick (fifth overall) has 231 career catches for 3,200 yards and 15 scores in 62 games.