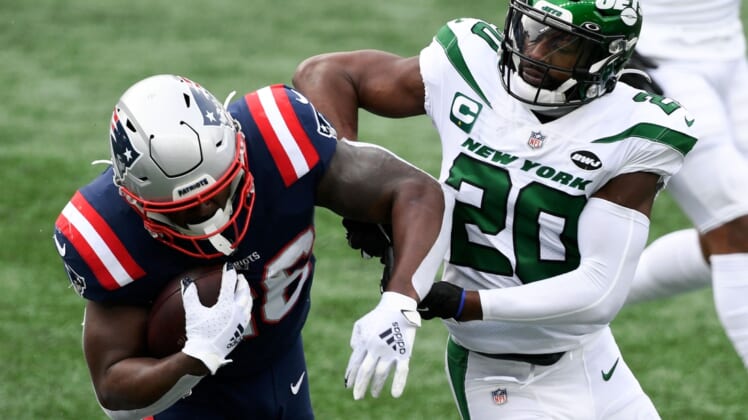 New York Jets safety Marcus Maye did not practice Wednesday due to an ankle injury, and NFL Network and ESPN reported that he was likely to miss three to four weeks.

Maye’s appearance on the injury report was a surprise. He has played 100 percent of the Jets’ defensive snaps this season.

Maye, 28, is playing on the franchise tag in his fifth season in the NFL. Originally a second-round pick in 2017 — the same year the Jets selected safety Jamal Adams in the first round — Maye turned into one of the most important players on that side of the ball for New York, especially after the Jets traded Adams to Seattle last year.

Maye has recorded 23 tackles, one sack and one pass deflection in three starts this season. In 57 career games (all starts), he has six interceptions and 289 tackles.

The Jets (0-3) were already missing Lamarcus Joyner, signed in the offseason to start at the opposite safety position. Joyner tore a tendon in his arm in the season opener against the Carolina Panthers. Another free-agent addition, pass-rusher Carl Lawson, tore his Achilles during a joint practice with Green Bay during training camp.

The Maye news landed the same day that Jets wide receiver Jeff Smith sustained a concussion in a car accident while driving to the team facility in New Jersey.