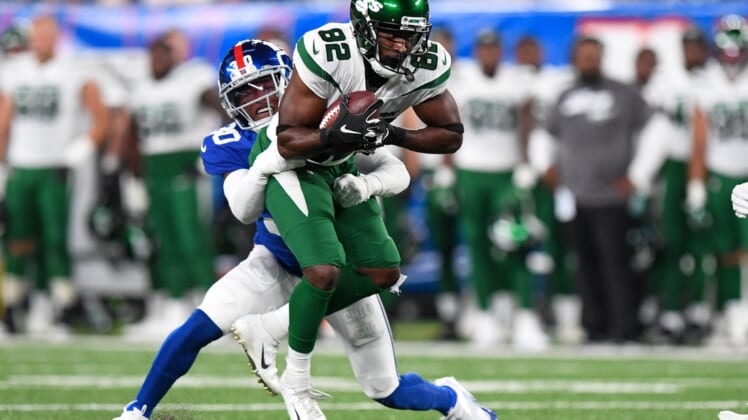 The New York Jets get back two of their top wide receivers as Jamison Crowder (COVID-19) and Keelan Cole (knee) will be ready to go in Week 2.

Crowder, 28, tested positive despite being vaccinated and was unable to return for the Jets’ season opener vs. Carolina. Crowder led the Jets in receptions (59), receiving yards (699) and touchdown catches (six) last season.

Cole, who signed a one-year deal with the Jets last March, injured his knee ahead of Week 1 and was inactive. He’ll make his Jets debut Sunday.

“Those guys do things the right way,” Jets coach Robert Saleh said Wednesday. “They’re where they’re supposed to be. They’re all gas 100 percent of the time. They’re reliable. For a quarterback, you can’t ask for much more than that. To have two more options on the field for the quarterback is priceless.”

Crowder bumps Braxton Berrios from the starting lineup. Cole will see action outside and in the slot.